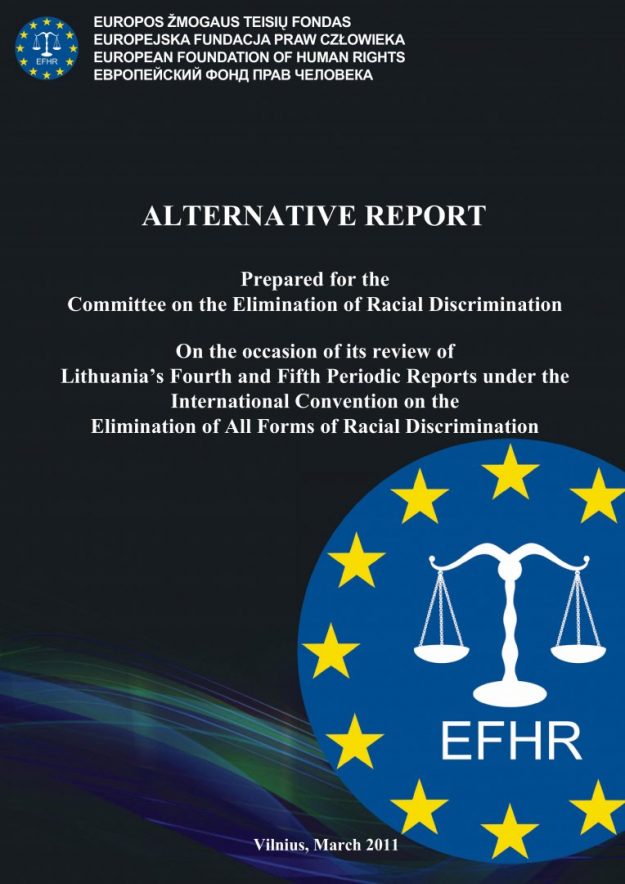 Only 3.9% of Poles indicated inadequate knowledge of Lithuanian language as a main reason of their unemployment. The Institute of Labour and Social Research with the headquarters in Vilnius have confirmed the assumptions of the European Foundation of Human Rights that the results of the research cited by Lithuanian authorities were not true. On March…

European Foundation of Human Rights – on the trail of statistics manipulation

On the 24th of March of this year, the European Foundation of Human Rights submitted a letter to the Institute of Work and Social Science in Vilnius in which it asked for explanation about some unclear aspects of the survey that was conducted by the institute in 2008, related to the situation of ethnic minority members within the work market.

In its letter, the Foundation stated that in the Fundamental Rights Agency’s 2010 report on page 88 the results of the survey conducted by the institute below are quoted. There it is said that “In Lithuania approximately 42% of the surveyed people from minorities stated that they have had problems to find work due to their poor knowledge of the Lithuanian language.” This sentence contributed to the Lithuanian government’s decision to pass a new act on education, as an argument in favour of the act that introduced additional teaching in the Lithuanian language. The Lithuanian Minister of Foreign Affairs A. Ažubalis used the statistical data from the survey in his speech on the 22nd of February 2011.