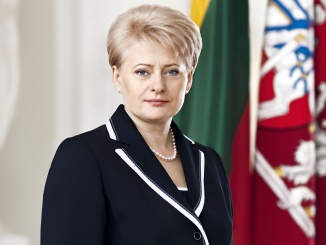 The European Foundation of Human Rights (EFHR) has been following President Dalia Grybauskaitė’s utterances with growing disbelief for a long time. On January 14, during a speech in front of the European Parliament forum, the President stated that none of the European organizations which investigate discrimination against national minorities in Lithuania had found any of the international regulations on the rights of national minorities violated.

The EFHR would like to point out that in the latest 2013 Freedom House report there is no mention of national minorities being protected by law, unlike in the previous 2012 report. Instead, it is stated that discrimination against ethnic minorities, which constitutes 16 percent of the total population, is still a problem. The report also draws attention to the fact that pupils with a minority origin are obliged to take identical Lithuanian language high-school exams along with other pupils from Lithuanian schools (http://www.freedomhouse.org/report/freedom-world/2013/lithuania#.UtbxN9JdWIp).

Meanwhile, an Amnesty International report emphasizes that Lithuania has not yet ratified Protocol 12 of the Convention for the Protection of Human Rights and Fundamental Freedoms which prohibits all forms of discrimination (http://files.amnesty.org/air12/air_2012_full_en.pdf).

However, the best illustration of how the Framework Convention for the Protection of National Minorities is not respected by Lithuania is the Resolution on the implementation of this treaty (Resolution CM/ResCMN (2012) adopted by the Committee of Ministers of the Council of Europe. In this document the Committee mentions the lack of any clear and coherent legal regulations on the protection of national minorities in Lithuania, many obstacles that national minority schools have to face in order to obtain public funds, and insufficient financial support and cultivation of the culture and identities of national minorities. The report even criticizes the decisions of the Lithuanian courts as inconsistent with the Framework Convention (http://wcd.coe.int/ViewDoc.jsp?id=2009951&Site=CM&BackColorInternet=C3C3C3&BackColorIntranet=EDB021&BackColorLogged=F5D383).

Besides the documents mentioned above, the EFHR would also like to mention the report on the preparations to the 2012 Parliamentary elections in Lithuania, drawn up by the Organization for Security and Co-operation in Europe’s Needs Assessment Mission, which also shows violations of the rights of national minorities (http://www.osce.org/odihr/elections/92379).

Other documents worth mentioning here are: the report drawn up in May 2012 by Kurt Vollebaek, OSCE High Commissioner on National Minorities; observations of the European Commission against Racism and Intolerance (http://www.coe.int/t/dghl/monitoring/ecri/Country-by-country/Lithuania/LTU-CbC-IV-2011-038-ENG.pdf); and the opinion of the European Network against Racism, which is a commentary on the increasingly difficult situation of the Polish minority in Lithuania.

It’s also important to mention our EFHR petition, which is currently being considered by the European Parliament, entitled ”The language rights of Poles in Lithuania” and concerning legal obstacles that the Polish minority faces when writing names or putting up street signs in their native language.

The EFHR wishes to remind the President once again (previous statement: http://en.efhr.eu/2013/07/23/president-dalia-grybauskaite-and-the-polish-issue/) that the Framework Convention for the Protection of National Minorities, ratified by Lithuania in 2000, is binding. As an international treaty, it has to be considered by all national regulations, and especially by those directly concerning national minorities. In her public utterances, Dalia Grybauskaitė, who has promised to represent the entire nation and state of Lithuania, consciously or unconsciously, leads her listeners into false belief, while also failing to comply with many international obligations. This exposes Lithuania on the international stage as a country which does not respect fundamental European values.