The next hope for approval of the law on national minorities 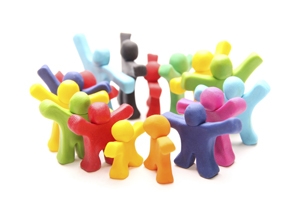 On 29th March 2014 the inter-party agreement concerning the basic guidelines on foreign policy, security and defense for the years 2014-2020 was signed. One of the points of the agreement is, amongst other things, a decision on the approval of the national minorities law.

Since the abolition of the bill against national minorities’ representatives, a lot of administrative and law proceedings have been instigated and numerous high fines have been imposed, amongst other things, for street signs in minority languages. (http://en.efhr.eu/2014/01/14/efhr-on-bilingual-street-signs-issue-and-related-financial-fines/). Besides this, hate speech, stalking, the inciting of hatred, stereotypes and a general negative picture of minority groups have become common in the public sphere since the abolition of the bill.

EFHR would also like to remind all that international organizations, including the Council of Europe (http://en.efhr.eu/2014/01/28/the-implementation-of-the-framework-convention-for-the-protection-of-national-minorities-by-lithuania-needs-wide-and-urgent-improvements/), pay attention to the need of an urgent approval of the legislation in Lithuania enacting the rules of the Framework Convention for the Protection of National Minorities and enhancing mechanisms for the defense of the rights of national minorities.

EFHR hopes that signing the agreement will contribute to faster approval of the long-awaited national minorities law, which will be entirely implementing the premises of the Framework Convention for the Protection of National Minorities’ Rights and will be properly defending the rights of national minorities.

Translated by Małgorzata Bigoraj within the framework of a traineeship programme of the European Foundation of Human Rights, www.efhr.eu.