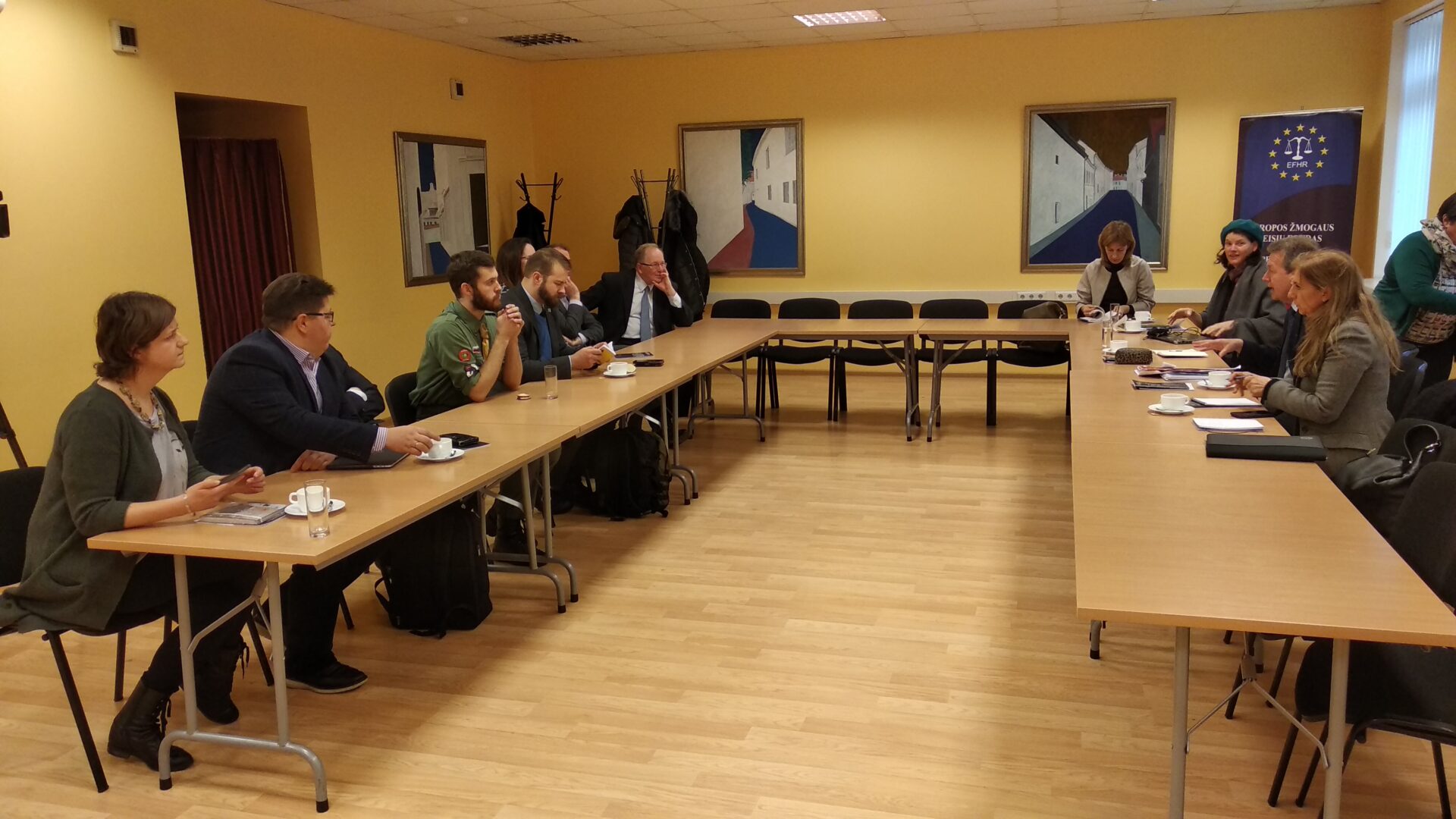 The meeting was attended by representatives from Polish media, education, NGOs and other Polish organisations.

During the meeting, which was organized with the help of the European Foundation of Human Rights (EFHR), topics concerning national minorities were discussed, such as spelling of names and surnames, bilingual topographical names and the educational situation of national minorities. Attention was also focused on how electoral districts were established in Lithuania. A representative of EFHR, Ewelina Dobrowolska, talked about the Foundation’s issues, achievements and the difficulties encountered. The EFHR has also presented its alternative report on the implementation of the Framework Convention for the Protection of National Minorities Rights in Lithuania, in which it included the information which was not provided in Lithuania’s official report.

The EFHR believes that the meeting was beneficial for both parties and is pleased to have had the opportunity to meet an expert and share their observations.