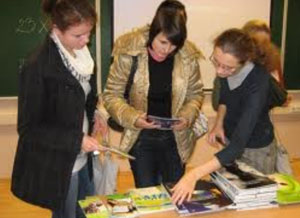 During the lecture it was highlighted that the need to protect national minorities is backed up by the necessity of avoiding international and domestic conflicts and by the fact that the protection of national minorities’ rights in countries as well as in the world.

If for example the national minority is being bothered by the minority, will the majority be covered by protection that would otherwise be applied to the latter? It turns out that no, it will not. The mentioned majority would be in such case protected by general human rights. Another question is whether a national minority should be protected by special laws even if it seems to be integrated with the rest of the society (eg. uses the language of the majority).

The collective will of survival and solidarity expressed towards each other are the two criteria that are said to have the most meaning when deciding on the definition of national minorities.

If you want to find out more about human rights, including the rights of national minorities, there will more information released soon.

The lectures are organised by the Association of Polish Lawyers in Lithuania  in cooperation with the European Foundation of Human Rights.