Trainings about human rights are over. 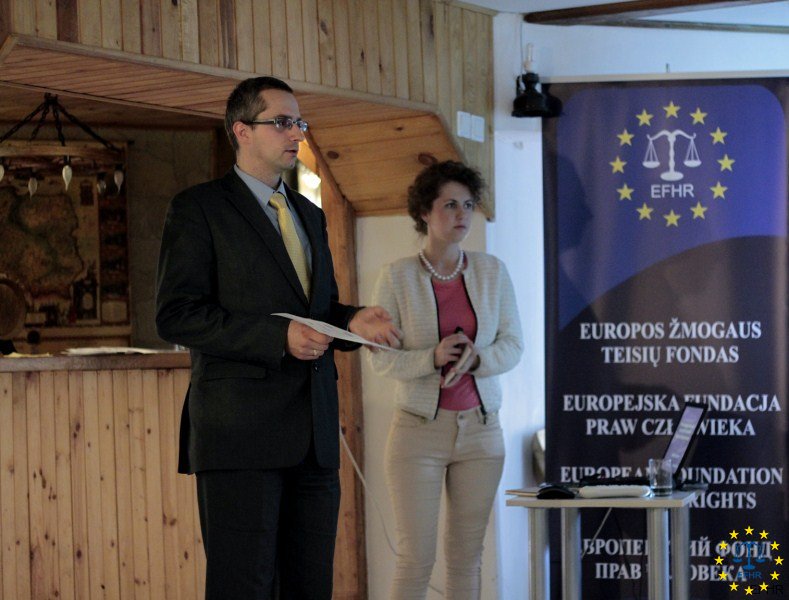 The trainings was held by qualified specialist of Law for example: Professor Ireneusz C.Kaminski from the Jagielonski University, dr. Elzbieta Kuzborska, the Lecturer from branch of  Bialystok University in Vilnius, and dr. Lukasz Wardyn.

„Everything was organized on the high level . we have received a lot of important teoretical and prcatical information.“ Said one of the participants. „I am very happy that the topic of writing the claim to the Europaen court of human rights was covered. Before the traing the information about the claims was very abstracted and sometimes it was incomprehensible. With that traing we gat a chance to get to know the procedures in of the European court of human rights “ – underlined other participant.

After the official part of the training participants were asking a lot of question and a very constructive discussion had place.

The foundation received very good opinian in survays after the traing. The participants are interested in next lectures orginized by the foundation in the future. The participants also received some booklets from council of europe titled Right and freedoms in practics which are avaiable in translation of four languages.One of them is lithuanin which were recived by foundation lately.

The foundation would like to thank  its sponsors without them the training would not be possible to organize. The sponsors were: the ministry of foreign affairs of Republic Of Poland, on-line store ADshop.pl and the family hotel RunMis. Also, we would like to thank our partner “WEB & Services”

mMoreover, we are thankful to „Kurier Wilenski”, “Tygodnik Wilenszczyzny” and “Wilnoteka”, Radio ”Znad Wilii”, organization ” Teisingumo aidas”, the society of Polish scientists in Lithuania and to the internet law portal “Infolex”, who were our media patron of our Trainings.

We would like to thank to all of the persons who were participating in the training and we would like to invite for the next trainings. They are going to be organized on October 23-24th. More information are avaiable son on our webpage.

Project was cofinanced from fundsreceived from Foundation „Help to the Poles in the East“in frame of contest in realization of the task „Co-operation with poles and Poles abroad.“

The European Foundation of Human Rights.