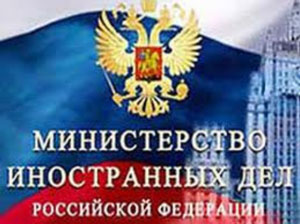 On 6 December of this year the Ministry of Foreign Affairs of the Russian Federation published an unprecedented document – a report on obeying human rights legislation in the European Union. Russia is not usually associated with obeying these rights – in fact, the largest number of complaints filed to the European Court of Human Rights come from Russia. Furthermore, Russia has the highest number of ECtHR lost cases. Nevertheless, the Russian Ministry of the Interior decided to scrutinize the situation of human rights in particular member states of the European Union. The end result of this research was the aforementioned report which describes human rights violations in EU states. Considering the wide range of the research, only a few pages in the report were devoted to particular states. The report included, in our opinion, a relatively objective description of human rights violations in Lithuania.

At the very beginning of the section devoted to Lithuania it is emphasized that in this state the policy is geared toward the assimilation of national and language minorities and to the limitation of their rights. The authors of the document highlight a legislative vacuum with regard general issues concerning national minorities (lack of an Act on national minorities since 2011) and the fact that there is no central authority to co-ordinate the policy of the authorities regarding national minorities (dissolving the Department of National Minorities and Emigration in 2009). Further, the report mentions manipulations of election district borders, with the aim of diminishing the chances for Polish minority representatives to win elections. The issue of the Act on education is also emphasized which, according to the authors of the article, is “a serious problem” for realizing the essential rights of national minorities. It is also pointed out that the situation of women, children and other vulnerable social groups is far from ideal.

The information provided in the report is not new or even terribly revealing but, taking into consideration the fact that the situation of human rights in Lithuania is so pertinently summarized even by the Russian government, it shows the scale of the problem and the necessity to act in order to improve the present state of affairs.

The full text of the report is available on the website: www.mid.ru