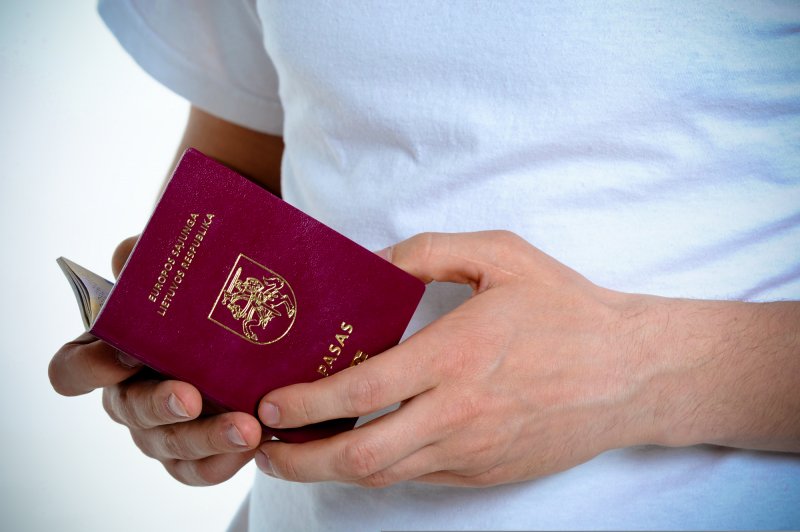 According to rules of the game of connotations, in which we have to tell a word that comes to our mind when we hear another word, the majority of us, for the set that will be presented in a moment, would say: Cashmere – a geographic region or a kind of fabric, an apple is a kind of fruit, Manchester United – an English football club. However, as it turns out, not everything is always that obvious. When we type the above words into a browser, we will find out that Cashmere, Apple or Oak are ones out of many uncommon names, given to children. Manchester United is the name and the last name of a Bulgarian fan of the English football club, who has changed his name.

Undoubtedly, we smile when we hear about such unconventional ideas. It has to be remembered that the right to use a name and a last name is not only the right to have one’s own preferences, often whims of caprices, but most importantly it is the right to have one’s name and last name written in the original form, the basic one, according to the tradition and the culture in which we live. The matter of using names and last names as basic elements of the identity of a human being is a problem, which has often been the subject of consideration for the European Court of Human Rights.

Lithuania is the country, for which the matter of spelling of names and last name is a theme of greater importance than for other states of the European Union. According to the opinion of the Lithuanian Constitutional Court, the official language is a way of expressing the identity of the nation; it unifies the nation and it is a symbol of the nation’s independence and integrity. Hence, in Lithuania there is an obligation to adjust foreign names’ spelling to rules that arise from the Lithuanian language.

Because of this regulation, many names of people of Polish (and not only Polish) origin who live in Lithuania must be written according to the rules of spelling of the Lithuanian language. In this way, using Lithuanian transcription, sounds of many names are changes and this, in consequence, leads to numerous problems in the everyday life.

A Lithuanian example of looking for legal protection in this matter before international institutions that protect human rights is the case of the Wardyns, a Polish – Lithuanian married couple. The wife’s last name was officially recorded in the Lithuanian form, although they both had applied for preserving the original spelling. Another example is the case of Michał Kleczkowski. A Lithuanian of Polish origin was fighting for his rights before the Human Rights Committee of the United Nations. He wanted his name to be spelled according to the Polish language rules, and not in the way in which it has been spelled – “Kleckovski”.

Strasbourg has been restrained in its opinions on the right to one’s name and last name, which is included in article 8 of the European Convention on Human Rights. Many times in the opinions it was emphasized that this is a matter, on which decisions should be taken by respective countries, since it is associated with culture and language tradition. Thus, in the opinion of the European Court of Human Rights, states should follow the decision made in Strasbourg and apply objective criteria to all citizens.

However, when issuing the opinion in the Johansson vs Finland case, the Court has given a new direction to the matters related to giving names. The Court has decided that refusing to allow parents of a child to give the son the name “Axl” is an act of violating Article 8 of the Convention. Without changing its previous opinions on that matter – that the state has public interest in giving names and last names and it guides this process (for instance because of harm that could be done to a child by a name)– the Court has decided that it sees no objection to giving a child a name, which has already been registered in Registry Offices and it is not harmful to a child.

This opinion of the Court may turn out to be the green light for many people living in Lithuania, who are refused to have names of Polish origin, since in the Population Records Office in Lithuania there are names and last names of non-Lithuanian origin that include letters, which do not exist in the Lithuanian alphabet.

The direction, in which court decisions, go seems to be unavoidable, taking into consideration the contemporary reality: people’s migration, the growing number of international marriages, great number of children born abroad, for instance Poles, Latvians, Lithuanians in the United Kingdom, and the process of globalisation, which takes place even in the area of names.

The article was written by Agata Zaworska, advocatory apprentice, graduate of the law and Russian language studies of the University of Nicolas Copernicus in Toruń within the framework of a traineeship programme of the European Foundation of Human Rights.