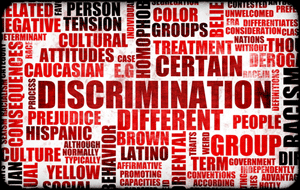 The European Foundation of Human Rights (EFHR) has recently met the Advisory Council in order to discuss the issue of applying the Framework Convention for the Protection of National Minorities. During this meeting some of the most topical questions related to the protection of human rights of the national minorities have been covered. Lithuania have not had a legislation regulating the rights of the national minorities since 2010, which results in the far-reaching consequences. Some already existing legal regulations can be executed only on the basis of this not existing legislation, the question of spelling the names and the surnames, as well as the names of the streets are interpreted unilaterally by the Lithuanian side without any legal basis.

The representatives of the Advisory Council were especially interested in the cooperation between the authorities and the sector of the non-governmental organizations (NGOs). Another issue which has been covered during the meeting is related to the passiveness of the state institution during considering the complaints about the discrimination. This problem is also confirmed by the even increasing aggression in the cyber space in form of the aggressive comments, appealing and encouraging to the hatred and violence towards the national minorities.

The EFHR and two other NGOs, which also participated in the aforementioned meeting, emphasized that the Framework Convention for the Protection of National Minorities has been still considered as a political document and not as a lawful act, which would ensure the rights of the national minorities.

The EFHR was represented by Professor Fernand de Varennes, who is regarded as one of the best experts on the field of the language human rights. The EFHR supports the statement of the professor who remarked that Lithuania has been recently moving backwards within the scope of the protection of the human rights.

“In my opinion, we can note that Lithuania has taken a step back concerning the level of protection of the minorities and enacting the Framework Convention for the Protection of National Minorities. It is mainly based on an objective analysis of the steps that have not been taken by Lithuania in the recent years, as well as a remarkable disappearance of the changes, which occurred in 2010. These changes were regarded by the Advisory Council and other institutions for the protection of the human rights as acceptable.  (…) With regard to the hate speech, within a special emphasize on the hate speech directed to the national minorities, the number of such cases has considerably increased. The escalation of infringement on this basic human right has not been taken seriously either by the government or the investigative authorities. This is another factor indicating that Lithuania has been moving backwards for the recent years”.