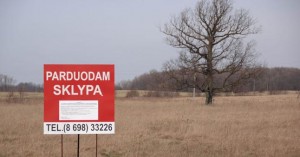 The European Foundation of Human Rights answers to the referendum planned to take place in October, concerning free movement of capital in the Republic of Lithuania and the consequences of the postulates launched in connection with the referendum and constitutional changes.

The running of the referendum and, consequently, the introduction of an amendment to article 47 of the Constitution of the Republic of Lithuania contradict the European Union law concerning free movement of capital, in this case – agricultural land and forests. When Lithuania joined the European Union in 2004, it was a given a special status allowing it to evade the regulation of free movement of capital for seven years, with the possibility of extending it by three. Lithuania has already exceeded all possible dates, as a result of which it now has to conform to the EU regulations.

Another solution is the adjustment of the law of purchase and lease to the law that is enforced in Western Europe, among others, in Germany and France. In France, even though, on the surface, the land is relatively cheap, in order to be able to claim the right of purchase, one has to meet a series of requirements. One has to prove that they will cultivate the land, at least for 15 years, during which time the land cannot be sold or leased. Similar regulations on the ban on trading farmland (the so-called “speculation”) are regulated by German administrative laws, which put a great emphasis also on buying up land by the state’s citizens, not by foreigners. All these regulations are the same both for the citizens and foreigners.

This is done without violating the EU law or interfering with the Constitution and, most importantly, to the best interests of people who are virtually interested in owning farmland, that is, farmers. The European Foundation of Human Rights thereby cautions against running the referendum, which is going to expose Lithuania to far-reaching legal, financial, and political consequences.