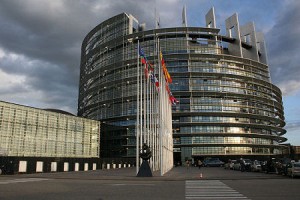 On 11th September 2013, the European Parliament (the EP) adopted the Resolution on Endangered European Languages and Linguistic Diversity in the European Union. The primary goal of this document is the protection of and the support to the cultural as well as linguistic heritage of the European Union (the EU), with the complete acknowledgement of diversity. The European Foundation of Human Rights (the EFHR) welcomed the adoption of the abovementioned resolution with gladness. The EFHR supports it completely and hopes that the governments and the appropriate state-run institutions will act in compliance with the appeals included in it.

According to Articles 21 and 22 of the Charter of Fundamental Rights, to which the resolution refers, the EU respects cultural, religious and linguistic diversity, and all attempts at establishing the exclusiveness of a given language constitute a violation of the fundamental values of the European Union. What the EP notices in the resolution is that politics of some countries and regions pose a threat to the preservation of languages existing in their individual areas, even if those languages are not seen as endangered in the European context. With regard to this, the EP calls upon the EU, as well as the member states, to become fully involved in the protection and the promotion of the unique diversity of the cultural and linguistic legacy of the Union. Moreover, it appeals to the governments of the member states to condemn all possible forms of linguistic discrimination, and comply with the commitments undertaken while entering the UNESCO Convention of 2005 on the Protection and Promotion of the Diversity of Cultural Expressions both within one’s territory, as well as in international agreements. It also calls on the member states who have not done it yet, to sign and ratify the European Charter for Regional or Minority Languages (1992) and the Framework Convention  for the Protection of National Minorities (1995). Lithuania has not signed the former so far. It is worth mentioning that almost all the EU member states, except for France and Greece, have already ratified the European Charter for Regional or Minority Languages.

In its resolution, the European Parliament points to the fact that regard for the linguistic diversity positively influences social cohesiveness by strengthening mutual understanding, a sense of self-worth, and openness. It also gives people easier access to culture, enhances creativity, produces opportunities for gaining intercultural competences, and contributes to strengthening the cooperation between countries and nations. The EFHR believes that Lithuania should pay attention to its own actions in this sphere. Official webpages of the most prominent state institutions serve as an appropriate example. The opportunity to use their mother tongue while reading information provided there has been taken away from national minorities.

The EFHR thinks that taking good care of endangered languages is as important as caring for minority languages. The foundation has often emphasized this fact, paying special attention to the necessity of introducing minority languages as supportive languages in administration, allowing for bilingual signboards with street- and town-names, as well as the abovementioned information on the official web pages.

Another fact which is worth mentioning is that, according to the UNESCO data, 128 out of 255 languages used currently in Europe are considered endangered, and 90 of them are thought to be “seriously endangered”. The EFHR hopes that the EU together with its member states will devise plans of actions supporting endangered languages, and will take all necessary measures to put them into practice. The EFHR also expects that there will be changes guaranteeing the protection of minority languages in the Lithuanian law, since in this manner Lithuania would respond to the existing need and its possibly positive consequences.

The complete text of the Resolution is available on the website of the European Parliament:
http://www.europarl.europa.eu/sides/getDoc.do?pubRef=-//EP//TEXT+TA+P7-TA-2013-0350+0+DOC+XML+V0//EN

The complete text of the UNESCO Convention of 2005 is available on the website:
http://www.unesco.org/new/en/culture/themes/cultural-diversity/cultural-expressions/the-convention/convention-text/

Translated by Agata Weronika Chrobak within the framework of a traineeship programme of the European Foundation of Human Rights, www.efhr.eu.