Dear European citizen, what do you know about your rights? 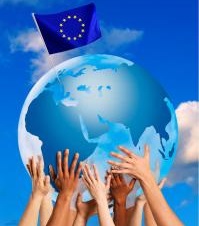 The idea of the European citizenship first came up in 1947, the time in which the whole concept of the European Union was being formed. However, it was actually created in the Treaty of European Union, which entered into force in 1993. Art. 9 of the Treaty states that ‘every person holding the nationality of an EU Member State is now also automatically a citizen of the European Union.’ It is important, because being a European citizen we have defined rights and obligations. Do we know them and do we know how to use them? Are we aware of its practical dimension and influence on us as Europeans? These questions have a special importance in the context of the year of 2013, which is the European Year of Citizenship.

Celebrating the European Year of Citizenship aims to begin Europe-wide debate, engaging citizens in subjects associated with how the European Union should look like in the future and what reforms are needed for its better daily functioning.

The year of 2013 is also the year of the next report by the European Commission on the subject of the European citizenship, which is available on the website http://ec.europa.eu/justice/citizen/files/2013eucitizenshipreport_en.pdf (the report of 2010 is available here: IP/10/1390). It shows planned initiatives of the EU, which aim to eliminate still existing obstacles, which make full use of their rights difficult.

José Manuel Barroso, in his State of the Union address in 2012, said: ‘The times of European integration by implicit consent of citizens are over. Europe can not be technocratic, bureaucratic or even diplomatic. Europe has to be ever more democratic.’

In the face of economic and financial challenges in front which the Member Countries stand, the need for the citizens to realise their power and to strengthen the model of the Union coming out to citizens is more than important than ever before. Every European citizen engaged in the life of the community or the society to which he belongs, be it on the local, regional, national or the Union level, plays an incredibly important role both from the point of view of healthy democracy as well as the future of the European Union.

As an EU citizen, you have the right to move and reside freely within the EU. Some conditions apply. For example, when entering another EU country you may be asked to show identification, and to live in another EU country for more than three months, you must meet certain conditions depending on whether you are working, studying, etc.

The right to vote and stand as a candidate in elections

When living in another EU country, you have the right, as an EU citizen, to vote and stand as candidate in municipal and European elections held in that country, under the same conditions as nationals.

The right to petition

The right to petition allows you to raise concerns or complaints with the European Parliament. You can ask the Parliament to address either a personal need or grievance, or a matter of public interest. The subject must fall within the EU’s sphere of activity, and must concern you directly.

Caring about the protection of human rights in Lithuania, the European Foundation of Human Rights (EFHR) has petitioned to the European Parliament and the European Commission.

The right to complain to the Ombudsman

For grievances concerning ‘mal-administration’ by an EU institution or body, you can complain to the Ombudsman. You can also contact EU institutions and advisory bodies directly, and you are entitled to receive a reply in any of the EU’s 23 official languages.

The right to consular protection for unrepresented EU citizens

When in a non-EU country and in need of help, as an EU citizen you are entitled to consular protection from the embassy or consulate of any other EU country under the same conditions as nationals of that country. Assistance may be provided in situations including death, accident or illness, arrest or detention, violent crime and repatriation.

The right to ask the Commission to propose new legislation

The European Citizens’ Initiative allows you to ask the European Commission to prepare a proposal for a legal act. The petition must be signed by at least 1 million citizens from at least one quarter of EU countries.

The EU is based on the values of human dignity, freedom, democracy, equality, the rule of law and respect for human rights, including the rights of persons belonging to minorities.