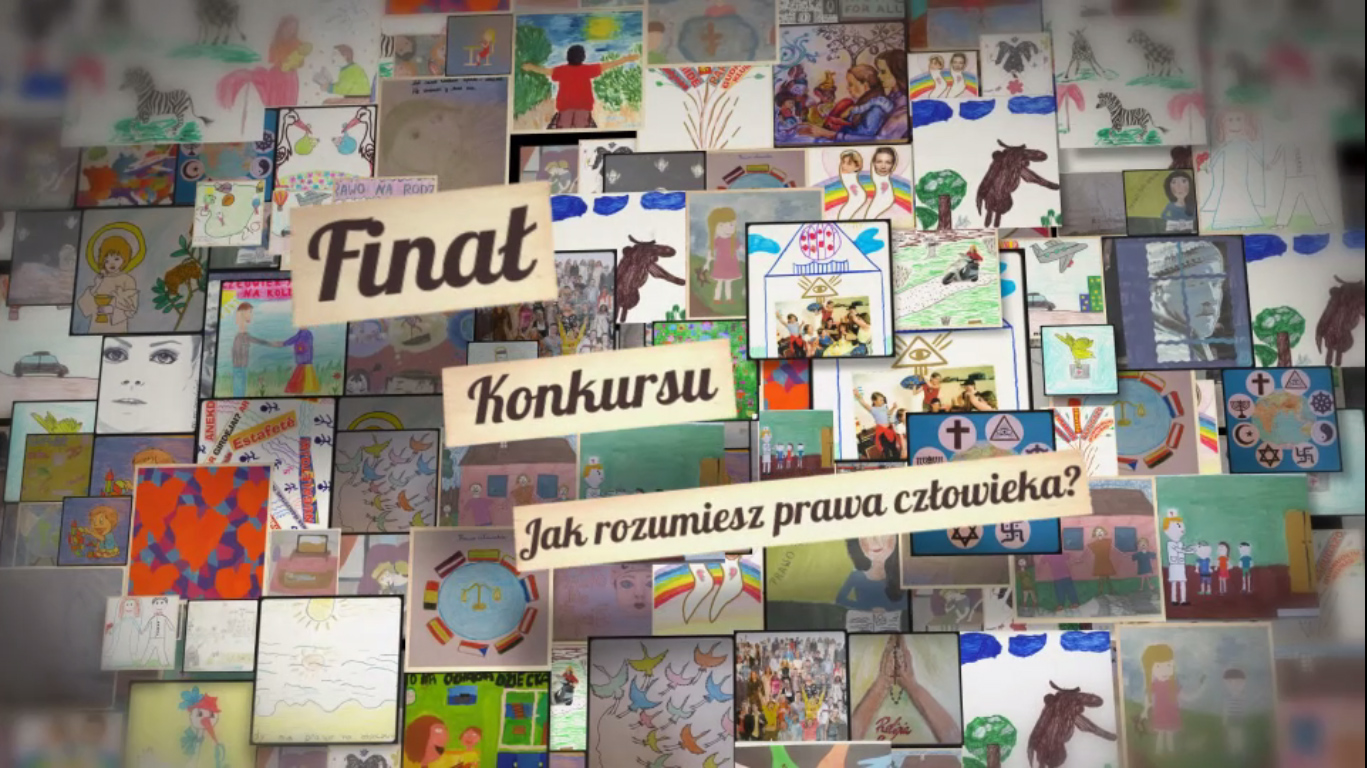 On December 21, a final gala of a student competition entitled ‘How do you understand Human Rights?’ and a summary of the project ‘The Europeans, Poles, Citizens’, organised by the European Foundation of Human Rights (ECHR) was held in the aula of a Runmis hotel.

Implementation of the project the ‘Europeans, Poles, Citizens’, addressed to students in grades between 9 and 12, was launched in September this year. For 12 weeks the Radio Znad Willii was broadcasting special programmes devoted to one of the selected issues related to social studies. Moreover Vilnius Courier and Znad Willii website (www.zw.lt) published articles prepared by EFHR. Every week, after logging on to a special e-learning platform, one could answer contest questions and win prizes. To end the project, on December 10 and 11, students wrote an online test in civics. 123 participants joined, of whom 113 passed the test.

Last Saturday, the winners of the project ‘Europeans, Poles, Citizens’ were announced and awarded at the final gala. The first place went to Barbara Taraszkiewicz from Wł. Syrokomla secondary school, second place was awarded to Inga Korwiel from the school in Shumsk, and third to Greta Rodziewicz from Ejszyszki Gymnasium. The main prize was a tablet, mobile phone and i-phone. The prizes were also awarded to the teachers who contributed to the promotion of the project among students.

During the Saturday’s ceremony, winners of the competition for students in grades 5 – 8 were also awarded, who for the past weeks were submitting their works (in any artistic technique) for the art competition ‘How do you understand Human Rights?’. Within only one month more than 128 works were received, among which there were art works, videos, comic books, PowerPoint presentations, and essays. The first place was awarded to Edwin Wołodko from the Secondary School in Ciechanowiszki, who shot a video entitled the ‘Human Rights’, the second place went to the author of the essay ‘There is no worse or better children’ – Kamila Anna Herman, and the third to Ewa Jelinaite who created a comic book – ‘A story of a girl fighting for the right to education’. In addition to the best three works, 12 other works were distinguished and awarded, and the prizes were funded by the EFHR and sponsors of the competition (Kamratas company, Runmis Hotel, Institute of Polish Culture, Information Centre of the European Commission in Warsaw, the European Information Centre in Vilnius, library Elphas, Ombudsman for Children). The smaller prizes were given to each participant and the winner received a professional camera. Moreover, a mobile phone, an i-pod, books, board games, dictionaries, CDs, vouchers, cinema tickets and other prizes were awarded to the contestants.

It is worth noting, that in the framework of the project ‘Europeans, Poles, Citizens’, the latest edition of a textbook with educational materials regarding civic education for Poles living in Lithuania – ‘Poles, Europeans, Citizens’ – was released. The new edition is an updated and supplemented version of a handbook issued by the Modern Poland Foundation and EFHR in 2011. The work on updating the handbook was undertaken by EFHR. Later this year, the textbooks will be distributed to students from the Polish schools in Lithuania.

The Saturday’s ceremony was opened by ‘Mr. Christopher’s Band’ performance, and between the summaries of the projects, the illusionist Rokas Bernatonis was entertaining the public. After presenting 150 awards to both students and teachers, guests could enjoy the cake prepared for this occasion. During the ceremony, an exhibition of all the works submitted to the contest ‘How do you understand Human Rights?’ was also presented. The online gallery of works is still available on the Foundation’s website under the section ‘Gallery’ as well as EFHR Facebook profile on Facebook.

The EFHR team is extremely pleased with the interest in projects of the Foundation and with the positive response from students, teachers, guests attending the ceremony, and media. Similar projects will be implemented by the Foundation in the future. A short report from the event can be accessed on Wilnoteka. We would like to thank everyone for their participation and we encourage you to follow the news on the EFHR website.