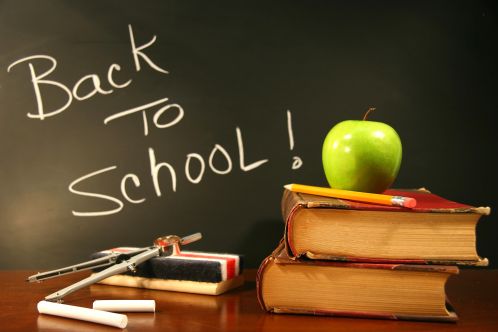 Education is the foundation of every society. Modern era countries often implement the concept of life-long education, making it easier for people to gain education and develop social skills needed for functioning on the modern job market. The European Foundation of Human Rights is happy to inform readers that during the preparation stage of the National Strategy on Education of the Republic of Lithuania 2013-2022, the Foundation’s remarks and observations have been taken into consideration.

The right strategy is the key to efficient functioning. The educational policy of a country is not an exception. The country defines the broadest guidelines and gives a shape to the planned activities. The National Strategy on Education for the years 2013-2022 was accepted by the Government of the Republic of Lithuania on August 28 2013.

Comparing the new strategy with the previous one (in place between 2003 and 2012) EFHR came to the conclusion that one assumption existent in the old strategy does not appear in the new one: the right to preserve national identity (Art. 5, Point 5 of the National Strategy on Education 2003-2012). EFHR drew attention to point 19.3 of the new strategy: “To reorganize village schools as well as the network of schools educating in the language of national minorities, taking into account the interests of communities in accordance with the rule of efficiency of educational institutions and  minimizing social exclusion”, and Point 23: “The education system in the Lithuanian language is to be accepted as a basis for humanistic education – including development of shared cultural competencies, individual creativity and public education”. Firstly, escaping the aim of  preserving national identity leads to a policy that does not take into account the interests of people gaining knowledge in the languages of national minorities. Moreover, the education system in the Lithuanian language as a basis of humanistic education, without striving to preserve the national identity of individuals, would contribute to disintegration and the eventual disappearance of identity. In the new strategy, the government stated that the reorganization of schools in the countryside and schools and teaching in languages of minorities could be done without considering the interests of children and following only the rule of effectively and minimising social exclusion. Thus, the school said to not have a sufficient number of pupils would be seen as ineffective and so it would be closed. EFHR decided to express its opinion on the subject of certain loopholes in the new strategy in order to defend the interests of certain social classes which it is concerned with and providing the government with its suggestions of amendments.

On December 23 2013, the Seimas of the Republic of Lithuania accepted the new proposal of the National Strategy on Education for the years 2012-2022, with EFHR’s guidelines included. The Foundation’s changes and suggestions have been added to the proposal. For instance: Point 19.3 aiming to enhance national identity and citizenship. An important text was added to the strategy: during the reorganization of schools, it is necessary to include the interests of children; provide a good standard of Lithuanian language teaching as well as teaching of the national languages of minorities (…). The changes in the proposal, suggested by EFHR, allow for a conclusion that by creating national policies together, the interests of all the country’s inhabitants will be considered and, as a result, the strategy will be realized well.

The text of the National Strategy on Education for the years 2013-2022 can be found by following this link.