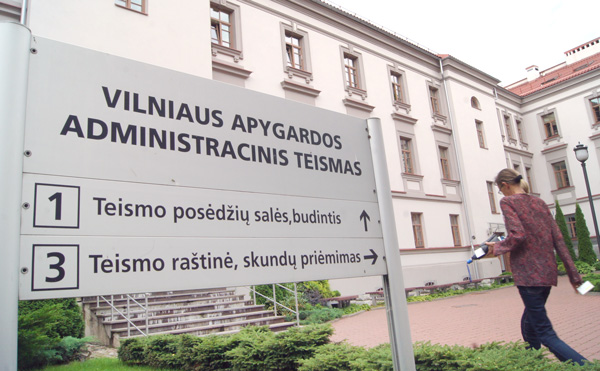 Further development in the case of lack of accreditation for the High School in Trakai: On March 31, 2014, the Vilnius Regional Administrative Court (later referred to as “the Court”) endorsed the High School in Trakai’s notion co-prepared by the European Foundation of Human Rights (EFHR) to use temporary security measures. To find out more about the case, read here.

The local government council of the Trakai District Municipality (later referred to as “the Council”) prepared the project of transforming the internal structure of the High School in Trakai and the Secondary School in Paluknys. The project stipulates that both schools will discontinue the implementation of the secondary education programme and enroling students to 11th grade from September 1 2014.

In its ruling, the Court pointed out that since the school had lodged a complaint in January about the Council refusing to grant accreditation to the school, the Court would have to decide if the Council had been right. If the school’s complaint is ruled as justified, the Council will have to vote on granting accreditation to the school. However, the school could not receive accreditation anymore, since the process of reorganization of the internal structure of the school has already started and there were not enough children for the 11th grade. (They would attend other schools in the area.) One of the requirements of receiving accreditation is a minimum number of students attending 11th grade classes. In light of that, the Court endorsed the High School in Trakai’s notion to use temporary security measures that would allow them to enrol students to the 11th grade.

On April 9, The mayor of Trakai District Municipality appealed, on behalf of the Council, against the Court’s decision. In his opinion, because the School’s notion was examined formally and superficially, the decision should be quashed. Therefore, the case was sent to the Supreme Administrative Court of Lithuania (Lietuvos vyriausiasis administracinis teismas).

EFHR believes that the notion on the use of temporary security measures and granting the right to teach students up until the 11th grade is a partial success for our goal to prove that the Council’s decision not to grant accreditation to the High School in Trakai was unwarranted. The notion prevented accepting and implementing the Council’s project of reorganizing the internal structure of the High School in Trakai, which would result in the school being shut down.

We will keep you informed about all future developments in the case and on the Vilnius Regional Administrative Court’s decision on whether the local government council of the Trakai District Municipality was right not to grant accreditation to the school.

Translated by Michał M. Kowalski within the framework of a traineeship programme of the European Foundation of Human Rights, www.efhr.eu.