Bilingual street signs in the regions of Vilnius and Soleczniki – removed, in Kaunas – present for centuries 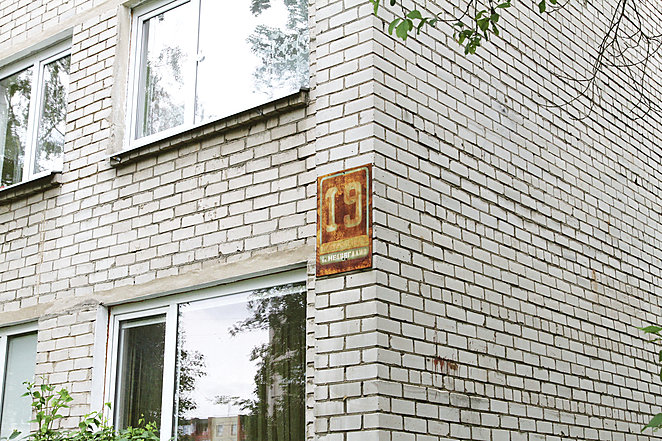 According to Lithuanian law, bilingual street signs hung in the streets are unlawful, which is against international constraints accepted by Lithuania while ratifying the Framework Convention for the Protection of National Minorities. The Law on the State Language (Valstybinės kalbos įstatymas), in the 17th Art., unequivocally states that, in the Republic of Lithuania, public signs shall be in the state language. Therefore, any people hanging such signs on their houses are to be financially punished, as was the case of the Šalčininkų Region Local Government Administrative Director, who was obliged to pay a fine of 43 thousand LTU. Bilingual street name plates can be hung only for the convenience of tourists, and the inscription in the non-Lithuanian language cannot be bigger than the one in the Lithuanian language. More about this.

In Kaunas, on the other hand, since Lithuania was a part of the SSRS and had two official languages (Russian and Lithuanian), there are still bilingual name plates attached to the houses in Medvegalio Street. Interestingly, they have not been noticed by the authorities for a long period of time. Nor have they been sued either by the inhabitants or by the governmental representative, as was the case of the Vilnius and Šalčininkų regions. Not until now have the housing administration been informed about such a course of events and, subsequently, the plates will soon be removed.

According to the Lithuanian Statistical Department (Lietuvos Statistikos Departamentas), in 2011 the Russian national minority constituted only 3,8% of all Kaunas citizens. So this group is not a substantial one there. On the contrary, in the regions of Šalčininkai and Vilnius, inhabited respectively by 77,8% and 52,1% of Polish people, bilingual plates with street names become immediately noticed by governmental representatives taking note of such signs. The inhabitants of private houses are required to replace bilingual plates with street names with the monolingual, Lithuanian ones.

The European Foundation of Human Rights (EFHR) reminds all that, according to the 11th Art. of the Framework Convention for the Protection of National Minorities, in areas traditionally inhabited by substantial numbers of persons belonging to a national minority, the parties shall endeavour, in the framework of their legal system, including, where appropriate, agreements with other states, and taking into account their specific conditions, to display traditional local names, street names and other topographical indications intended for the public also in the minority language when there is a sufficient demand for such indications. Some examples of bilingual topographical names are also to be found i.a. in Poland, Czech Republic, Slovakia, Germany, Austria and Spain.

The aforementioned once more proves discrimination against national minorities in the Vilnius and Šalčininkai regions. It results i.a. in Lithuania lacking a specific act regulating the usage of minorities languages in the territories densely populated by representatives of national minorities. The promise to resolve the question of the original spelling of names and surnames and dual language streets signs, as the recent events concerned with the shortage of time to examine the project law on national minorities, still remains the promise of the PM and the entire coalition.

EFHR provides free legal aid to all owners of bilingual name signs, including representation at national and international courts.