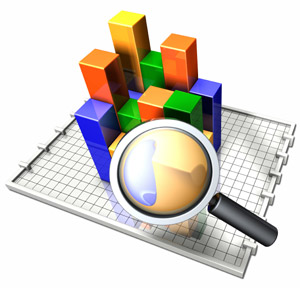 The international community has been observing the issue of worldwide protection of women’s rights with increasing interest. Such a conclusion can be drawn when considering the recently improved frequency of presenting various reports and communications from organizations directly concerned with this issue. In July 2014, the United Nation also paid more attention to this particular topic.

The report prepared by the UN Committee on the Elimination of Discrimination against Women (CEDAW)consists of the conclusions drawn after the fifth periodic Lithuanian report.

It denotes the positive changes taking place thanks to the amendments from 2013 and 2014 both in the Criminal Code (Baudžiamasis  kodeksas) and in the Code of Criminal Procedure (Baudžiamojo proceso kodeksas), aimed at more effective investigations and punishment for the sexual abuse of children and violence against women, as well as providing victims of such crimes with immediate help.

Nevertheless, apart from the positive changes, this report also highlights certain setbacks. It makes reference to still well-preserved patriarchal attitudes and deeply-ingrained stereotypes concerned with male and female roles and chores, both within their families and within society as well as those that are still noticeable in the media and various educational materials. The committee is remarkably concerned about the fact that the media still conveys stereotypical information and sometimes present women in a degrading way. Apart from this, the monitoring and supervising of such activities is insufficient. It is therefore advisable to include the elimination of gender-based discrimination as the key aspect of the National Programme for Equality of Women and Men and also, to regularly monitor textbooks, books and other scientific publications in order to exclude any content containing elements of gender discrimination.

We have already described the Government’s agreeing to sign the Convention on the 6th June 2013, emphasising that signing and ratifying are necessary due to the fact that in 2012 in Lithuania 6472 women and 625 children were recognised as victims of domestic violence and, in addition to this,  the Police Department received 18, 000 complaints concerned with domestic violence.

The report also made reference to the relative inefficiency of activities of the Ombudsman of Equal Opportunities in Lithuania (Lygių galimybių kontrolerius) where realizing equal opportunities for women is concerned. Approximately only 14% of complaints were regarding gender inequalities. The Committee’s anxiety is confirmed by the increasing number of women and girls who are being sold. Hence, the emphasis on counteracting prostitution via enabling women to educate themselves and secure employment is definitely well-grounded.

Furthermore, the report points to the necessity of creating and strengthening the organizational structures (such services as police and the prosecutor’s office) and improving the performance of law courts and psychologists in cases of persecution or violence against women.
The part devoted to the participation in public life positively assessed the percentage of women engaged in the civil service and it also highlighted the fact that two out of three of the most relevant national positions are occupied by women. However, no measures were taken to accelerate reaching total equality between women and men both in public and in political life and to support the participation of countrywomen, ethnic minority group members or disabled persons in political and public life. The Committee is also worried about discrimination against female politicians on the basis of long-prevailing stereotypes.

Something also touched upon by the authors of the report was the question of awarding citizenship. The Committee encourages Lithuania to adjust its national law to the points of the Convention concerned with limiting statelessness from 1961. It is advisable i.a. to award all the children born in Lithuania, especially those of Gypsy origin, with Lithuanian citizenship. The authors mentioned the women’s position in such areas as education, health, marriage and family life.

The Committee has obliged Lithuania to create a report on the proceedings of the implementation of inscriptions included in the Committee’s report together with the guidelines comprised of the declarations of women’s rights, and present it in July 2018. EFHR hopes that the next report on the situation of women in Lithuania will be more positive, with the stereotypes of today being a thing of the past.