Regarding broadcasting time for national minorities 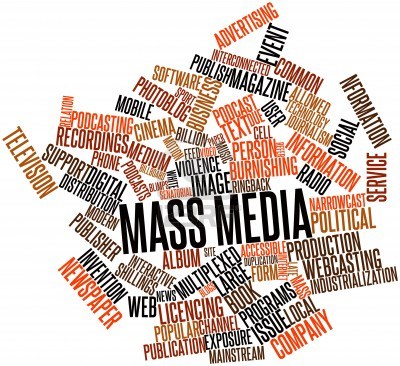 Recently, Lithuanian Public Television announced that in the new season, television programming will include more programmes in Russian. At the same time, the duration of the Polish programme “Vilnius Album” has not changed.

The Lithuanian government, and by extension the public TV network whose task is the realization of public TV programming, is legally bound to abide by international law. It is also concerned with the protection of the rights of national minorities and their equal treatment. In this case, the Polish minority has found itself in a worse situation than the less numerous Russian minority.

According to the Organization for Security and Co-operation in Europe recommendations – “Oslo Recommendations regarding the Linguistic Rights of National Minorities & Explanatory Note” – national minorities should be provided with non-discriminatory access to the media in their mother tongue. In practice, this means that time for programmes for national minorities should be divided proportionally.

Such an understanding of equal treatment of national minorities is also presented in “Guidelines on the use of Minority Languages in the Broadcast Media”. The authors of this document clearly indicate the fact that states should provide national minorities with such access to public media, with adequate financial support, that reflects their number, distribution and needs.

European Union Member States (and other non EU countries) strive to fulfil international obligations concerning the cultural promotion of national minorities in the national media. In Hungary, national minorities have access to an hour long special programme on M1, the Hungarian national TV channel, from Monday to Friday – Fridays are devoted to a broadcast promoting Roma culture. Spain has offered its ethnic minorities in Catalonia and the Balearic Islands one channel on national TV (IB3). Some 53% of the broadcasting time is devoted to Catalonian programmes (Spanish takes only 18% of the broadcasting duration). Every Saturday, Croatian TV shows a programme for national minorities, “Prizma”, in which the parts intended for national minority representatives vary depending on their percentage rate in society. “Manjinski mozaik”, a programme about national minorities, is broadcast in the language used by the group taking part (aired with Croatian subtitles) every Saturday at 6:05pm. Even a small state like Montenegro provides for its Albanian minority with a daily 10 minutes long news programme on national TV and a weekly 45 minutes long magazine show anchored by a group of Albanian editors.

Since the beginning of the 1990s, broadcasting time devoted to Polish programmes has been decreasing. At the time of the rebirth of Lithuanian independence, a 45 minutes long weekly programme “Weekly Panorama” (“Panorama Tygodnia”), created by Polish producers, was supplemented by a 5 minutes long TV daily news programme presented in the Polish language. However, year by year the total broadcasting time has been shortened by 75% – from 2750 minutes in 1991 to 555 minutes in 2015. At the same time, the broadcasting time of the Polish programme has also been moved to a lower viewership band – early afternoon hours on weekdays, when most of the potential viewers are not home. Such discriminatory actions of the Lithuanian government go against the recommendations provided by “the Framework Convention for the Protection of National Minorities”, particularly against Article 6(4) of the document, which states that “In the framework of their legal systems, the Parties shall adopt adequate measures in order to facilitate access to the media for persons belonging to national minorities and in order to promote tolerance and permit cultural pluralism.” The gradual limiting of broadcasting time is nothing but a means of excluding the Polish minority from the national Lithuanian media. It does not serve to build a society based on tolerance towards national cultural diversity, and this, in turn, weakens the democratic political system of Lithuania.

The Council of Europe has taken an unequivocal stance in this issue in “the Third Opinion of the Advisory Committee on the Framework Convention for the Protection of National Minorities in Lithuania” in which the Lithuanian government is called on to take adequate steps to guarantee representatives of different nationalities appropriate access to the media. “The Opinion (…)” indicates that by the insufficient involvement of the Lithuanian government the production of broadcasts for national minorities is not appropriately consulted on with interested parties. As a result, programmes are not adjusted to the needs and expectations of all national groups.

Currently, a weekly programme (excluding during the holiday break) “Vilnius Album” (“Album Wileńskie”) is the only Polish programme broadcast on national Lithuanian television. The lack of a 5 minutes long daily news programme, which was broadcast at the beginning of the 1990s, also limited the access to Polish information in the Lithuanian media. The Polish broadcast, as well as the whole band of national minorities programmes, was moved to a less popular channel, “LRT Culture” (“LRT Kultura”). The lack of financial resources contributed to limiting the broadcasting time of all the productions and left viewers with the sole possibility of watching repeats of broadcasts aired a few months earlier.

It is hard to evaluate the Lithuanian actions as meeting European norms – violating the rights of a portion of citizens is not the way to cultivate one’s national identity, unless the Lithuanian government wishes to take a shortcut which may trigger far-right nationalism, a phenomenon well-known in Europe. The consistent limiting of broadcasting time does not differ from exclaiming: “Lithuania for the Lithuanians” – and now even the national media must be Lithuanian.

We would like to emphasize that we appreciate the increase in the number of Russian programmes. However, we feel that this should be combined with a comprehensive reform of access to programmes and an increase in financing of television for all national minorities in Lithuania.