The liberal R. Šimašius – between words and actions 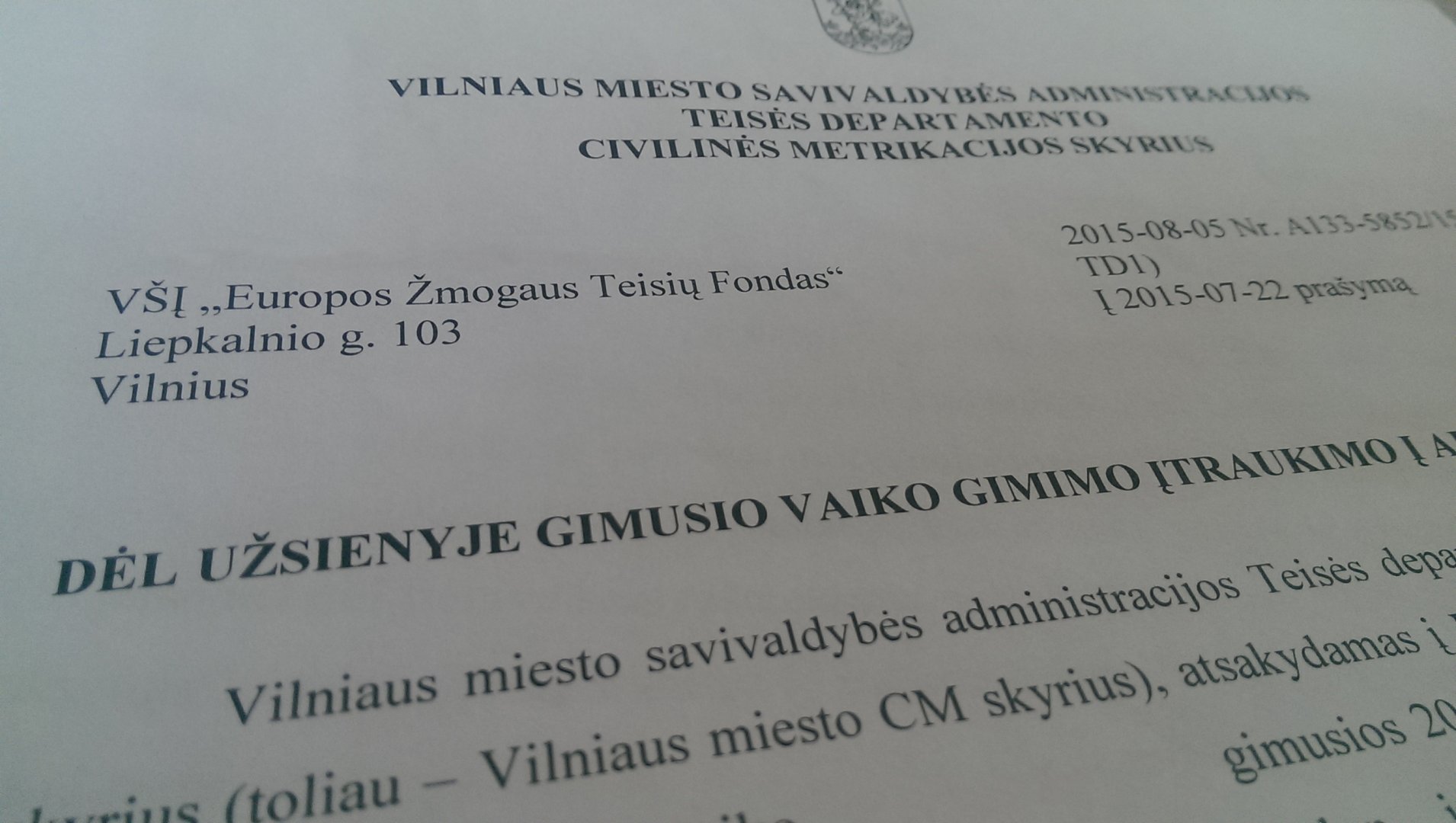 On 30th June 2015, the District Court of the city of Vilnius adopted the judgement according to which the Civil Registry in Vilnius is obliged to make a change in the marriage certificate of a Lithuanian citizen who married a Belgian – to write in the letter “w”. The court has argued that the private life of an individual and the inviolability of family life must come before the country’s aspiration to protect the Lithuanian cultural identity. A refusal of the petitioners’ request, according to the case-law of the European Court of Human Rights, may be considered discrimination (in the case of writing in Latin symbols in an identity document of one person, or in the case of refusing to do so).

Reacting to the Court’s judgement, the Mayor of Vilnius Remigijus Šimašius stated the following day that “if, let’s say, a woman marries a man whose last name includes those letters of the Latin alphabet which are not a part of the Lithuanian language, meaning the three famous letters ‘x’, ‘q’, and ‘w’, then, doubtlessly, it is a precedent on which the civil registry should be based. Or if a new-born were to be brought to the civil registry and it was to have his father’s last name, which includes the threatening letter ‘w’, then, without a doubt, it would have to invoke that precedent”.

Unfortunately, the words offered by the Mayor of Vilnius differ from his actions. On 22nd July this year, the European Foundation of Human Rights (EFHR), continuing to fight for the original spelling of first and last names and for the proper protection of human rights in Lithuania, requested the Civil Registry in Vilnius to register a child born abroad (the child of a citizen of the Republic of Lithuania, with the father having been born in Brussels). This issue is similar to one won by EFHR last week, concerning the spelling of the last name “Pauwels”. In the birth certificate issued by Belgium, the child’s last name was spelled in its original form – with the letter “w”. However, on 5th August, the City of Vilnius issued a denial motivated by the fact that “by including the child’s birth in the records, there is no legal basis for spelling the last name of the child, a citizen of the Republic of Lithuania, ‘Wardyn’.” In its Lithuanized form, the consonant “w” is spelled as “v”.

EFHR regrets that the publically declared view of the Mayor does not tally with his actions, as his promises are not being fulfilled and there are obvious double standards. Some people are allowed to spell their names in the original form, while others are forbidden from doing so.