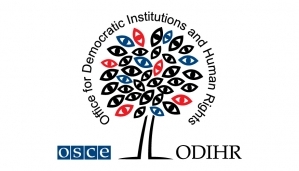 On 16 November 2016, in Warsaw, Organization’s for Security and Co-operation in Europe (OSCE) Office for Democratic Institutions and Human Rights (ODIHR) issued Hate Crime Statistics on their website in order to honor the National Day for Tolerance.

The 2015 Hate Crime Statistics include the statistical data of 41 official member states, three international corporations and 113 civil society organizations.‘‘One of the ongoing tendencies in 2015 Hate Crime Statistics is insufficient collection of the data. The main spheres of insufficient data gathering are the hate crimes against national minorities like Roma, Sinti and the disabled people.” said Cristina Finch, the director of Office for Democratic Institutions and Human Rights (ODIHR). ‘‘We continue to encourage the member states to actively and closely collaborate with the civil society in order to reach out to all the victims and communities.”

Lithuania issues the statistical data of hate crimes to ODIHR periodically. In Lithuania, the statistics are gathered by the Department of Police (near the Ministry of the Interior of the Republic of Lithuania) and the Prosecutor General’s  Office. It should be noted that the data is not in the public domain. The national institutions of Lithuania, the National LGBT Rights Organization (Lithuanian Gay League – LGL) and the European Foundation of Human Rights (EFHR) reported the cases of hate crimes which involve two of the previously mentioned spheres (racism and xenophobia; the hatred of individuals of LGBT).

Based on the statistics of 2015, 24 hate crimes had been registered in Lithuania, from which in five cases individuals were prosecuted (pre-trial police investigation was started) and in four cases individuals were penalized. The biggest number of hate crimes was committed due to racism and xenophobia and most of the violations are for incitement to violence. There had been registered two cases of physical violence against Azerbaijanis and Armenians, and also four incidents where the content of the graffiti pictures was against people of Russian and Polish nationalities. In comparison between the data issued by the state with the data released by civil society organizations, the organizations of the state had registered more cases of hate crimes.

ODIHR  noted that Lithuania does not provide public and reliable data and statistics. Furthermore, The United Nations’  Committee on the Elimination of Racial Discrimination (CERD) suggested  in their concluding observations on Lithuania’s periodic reports the improvements in the processes of data collection on reported, investigated and prosecuted hate crimes. Also, CERD encouraged to take the action and contact the individual groups which are in the danger of being victimized by the hate crimes. The Committee highlights the importance of the effective investigation and prosecution during the fight against the hate crimes.

It must be noted that in 2015 Lithuania introduced adjustments to the Code of Administrative Offences which state harsher penalties for hate crimes. The adjustments come into effect in 2017.

The biggest number of hate crimes had been registered in United Kingdom (England and Wales) – 62‘518 cases, from which the investigation for prosecution started in 21300, prosecuted – 13103. (ODIHR noticed that United Kingdom matched the majority OSCE’s regulations for the hate crime data collecting and report issuing).

It should be noted that not only Lithuania but also other countries provide insufficient periodic reports on hate crimes, e.g. Sweden does not provide the number of the individuals who are prosecuted for the hate crimes.