Cases of names and surnames spelling are being examined not only in Seimas, but also in courts 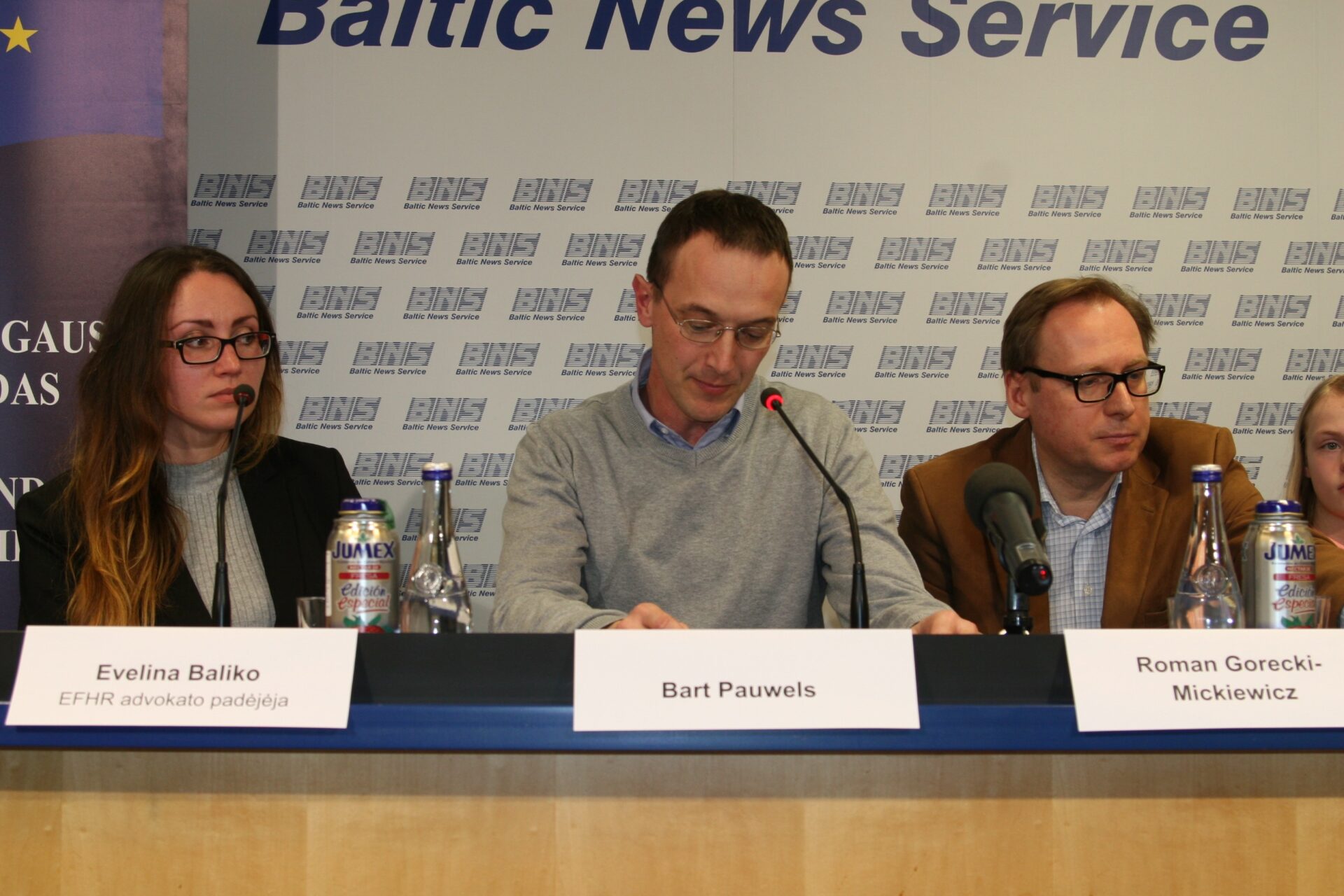 Yesterday on the 9th of May Seimas examined two projects of act on spelling names and surnames in documents and handed over to Committees for the next reading in Seimas. Bill no XIIIP-353 letting original spelling on the first ID page received 57 supporting votes, 36 votes against, 7 abstained from voting. The project has been supported by liberals, representatives of Electoral Action of Poles in Lithuania and part of conservatives. Committee of Social Rights rules is chosen to be the basic.

Gediminas Kirkilas presenting the project, he highlighted the validity of ‘all citizens are equal’: Women who married foreign men and those who live here. Rights of everyone… It is about human – name and surname. Everyone has equal rights’. European Court of Human Rights and Court of Justice of the EU long time ago raised an issue of right for original name and surname spelling that is obliging EU countries to implement it. These are not special rights, but human rights, that are fought for in Lithuanian courts.

Nearly 30 cases about spelling names and surnames of mixed families have been won with the help of EFHR. Recent win (May 3) is case of ‘Edwards’ surname. Vilnius district court obliged to issue new marriage certificate with ‘w’. The court announced that ‘Taking under consideration all circumstances shown by the Applicant, written proves, position of people concerned including State Commission of the Lithuanian Language about allowed exceptions (marriage of Lithuanian citizen with a foreigner and accepting his surname transcription), as well as national and international case law, which indicate that current situation is wrong and which would be experienced by Applicants because of different surname transcription. Banning transcribing surname with letter ‘w’ is violation of integrity of private and family life and right for name (Article CK 2.20). However alternative project (Nr. XIIIP-471) considering original spelling on the second page of a document received less support. Unlike to what project supporters say, this offer does not solve problems of mixed families. Rulings of Supreme Administrative Court LVAT on double transcript of surnames Pauwels, Wardyn, Mickiewicz and Jacquet have not been implemented yet.

Couple of days before, on the 8th of May assistant of lawyer Ewelina Baliko, representing families fighting for right for surname prepared new complaints in cases of ‘Pauwels’ and ‘Jacquet’. Article 5 (1) of law on identity card and in passport have to be compatible with data in the citizen register. LVAT shares same opinion and did not question transcription with ‘w’ and ‘q’.

According to decision of Migration Office, after decisions of the court, Lithuanian transcription would be on the first page of a document which violates regulation mentioned above and does not implement court’s decision, which highlights that transcripts should be compatible. It is worth mentioning that after decision of applicant’s office they are forced to submit an application, where data with the original spelling will be changed in the Citizens Register and in Central Register. Transferring original spelling of surname from field ‘surname’ to field ‘remarks’ is equal to compulsory change of data. After such application surnames of the Applicants will differ from surnames of other members of families and from transcripts in other documents.

Assistant of lawyer Ewelina Baliko says that complaints ask court to turn to European Court of Justice to issue a prejudicial ruling, because double transcript of name and surname not only creates double identity, but also breaks right for free moving.