Rights of national minorities – how they are needed 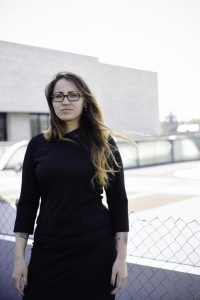 On 21 May, various cultural events are organised on the occasion of the National Community Day, but the protection of minority rights is rarely discussed.

Since 2000, there has not been a law in place for the protection of national minorities. Although Lithuania has, without any exceptions, ratified the Framework Convention for the Protection of the Rights of National Minorities and thus committed itself to implement the laws listed in the Convention, unfortunately, some of these laws have not been ratified. Due to the lack of these rights, Lithuania has been repeatedly criticised by international organisations.

In January 2016, the Committee on the Elimination of Racial Discrimination, in its publication on the sixth and eighth reports expressed concerns about the lack of protection of minority rights. Resolution No. CM/ResCMN (2016)9 of the Committee of Ministers of the Council of Europe on the implementation of the Framework Convention on Human Rights also recommends that Lithuania adopts the regulation of national minorities, paying particular attention to the implementation of Articles 10 and 11. In the reports of the Organisation for Security and Cooperation in Europe (OSCE) on the 2014 and 2016 parliamentary elections in Lithuania, it is recommended to reduce the electoral threshold for national minority parties.

The recommendations have been repeated for several years now, but without any significant changes in the Parliament. It is not the first time that in an interview with Anatolijus Lapinskas, as well as with other persons who protect Lithuania from various dangers, one has heard the saying that the issue of national minorities’ rights and legal obligations are purely internal matters. On the one hand, we can agree with this statement – Lithuania is responsible for proper legal ratification, which guarantees the rights and expectations of all citizens of the country. National minorities are first of all Lithuanian citizens and their rights – not privileges are human rights implemented in international law.

Does Lithuania really need a separate law on national minorities? This is a debate rather than a legal issue. It makes no difference whether the relevant standards would be separated from other laws or whether they would complement existing legislation. To this day, in accordance with the laws in force, there are still several important areas that have not yet been adapted:

Firstly, it is a question of education for national minorities. The Hague’s recommendations concerning education of national minorities indicate that the state should proactively provide education for representatives of national minorities. The recommendation emphasises that education in their mother tongue is very beneficial. The unification of the Lithuanian language examination and the reorganisation of schools is not a violation of minority rights, it is the way in which this is done. As to both unification of examination and reorganization of schools, there is no dialogue with representatives of national minorities, changes are not being made, in an appropriate transitional period. Therefore, the social groups of people who are at risk most often feel threatened and find it difficult to adapt to unplanned changes.

Secondly, the right to vote. The OSCE in its reports on the Lithuanian parliamentary elections highlights a number of areas that Lithuania should consider amending in order to ensure proper participation of representatives of national minorities in political life. The existing electoral threshold is a challenge for national minority parties because it does not grant them exceptions, it cannot compete with other parties on state issues. The report also stresses that the lack of information on elections complicates the implementation of the rights of these groups.

Thirdly, the spelling of names. The registration of names and surnames in their original is currently a problem not only for mixed families but also for minorities. There are currently no legislative acts allowing the entry “w”, “q” or “x”, also combinations of two letters such as “nn “,”ll'”, etc. are prohibited. National minorities, in this instance not just Poles, but also Jewish or Russian families cannot name their daughter Anna, although there are several hundred of such entries in the Register of Residents.

Fourthly, bilingual signs. Currently, directors of the city administration are not obliged to pay fines for bilingual signs, though official street names may only be allowed in Lithuanian. The Supreme Administrative Court of Lithuania ruled in 2009 that according to the implementation of Article 2 part 2 of the Framework Convention, the Government of the Republic of Lithuania should define procedures for implementing the conditions set out in the Convention and which do not include the laws of the Republic of Lithuania. Therefore, Article 11 part 3 of the Convention cannot be directly implemented as the conditions and relevant regulations have to be set out.

It can be said that the situation of bilingual signs and other issues mentioned above depends only on the lack of relevant laws. It is worth emphasising that the Department of National Minorities at the time of drafting the fourth report on the implementation of the Framework Convention on the Protection of National Minorities’ Rights in Lithuania did not consult non-governmental organizations (despite the promise made to the European Foundation of Human Rights that matters will be discussed with the NGO sector), and the information for national minorities from the Department is available only in Lithuanian.

But not everything is grim. There are also positive developments. Mayor of Vilnius Remigijus Šimašius has already hung more than one decorative sign in the languages of national minorities. The websites of the Vilnius Municipality and the Ministry of Foreign Affairs are translated into Polish and Russian, and the legal regulations prohibiting discrimination and hate speech on the grounds of nationality comply with international standards.