The racist theory of two – what is the cause of failures according to G. Vainauskas? 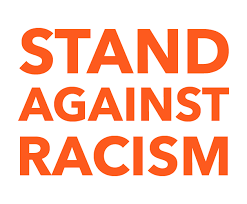 In Russia exists very known proverb ‘’word is not a sparrow, if it runs away, you won’t catch it”. The viewers of the television channel “Lietuvos rytas’’ know exactly what does it mean. Manager of basketball team „Lietuvos rytas”, Gedvydas Vainauskas during the interview for Daiva Žeimytė said that the recipe for success is having only two dark-skinned basketball players in the team. However, there cannot be more than two, because having more than this is equal to the gang.

This statement was quickly popularized by social media like Twitter, Instagram or Facebook. Also the sport sites like „Sportland” and „Eurohoops” were writing about this. A lot of famous players criticized Vainauskas’s statement. It is important to highlight that mayor of Vilnius Remigijus Šimašius has negative opinion about this situation.

European Foundation of Human Rights (EFHR) condemns any form of discrimination and sees G. Vainauskas’ statement as tactless and it cannot be tolerated. EFHR contacted with prosecution about the case. In 169 article of Republic of Lithuania’s penal code there is said that ‘’A person who carries out the actions aimed at hindering, on grounds of sex, sexual orientation, race, nationality, language, descent, social status, religion, convictions or views, a group of persons or a person belonging thereto to participate on a par with other persons in political, economic, social, cultural, labour or other activities or at restricting the rights and freedoms of such a group of persons or of the person belonging there to shall be punished by community service or by a fine or by restriction of liberty or by arrest or by imprisonment for a term of up to three years”.

EFHR offers gratuitous help for everybody who had been discriminated in professional or private life or was a witness of legal offence. This people are kindly asked to contact with EFHR lawyers by mail: teise@efhr.eu or phone: +370 691 50 822.