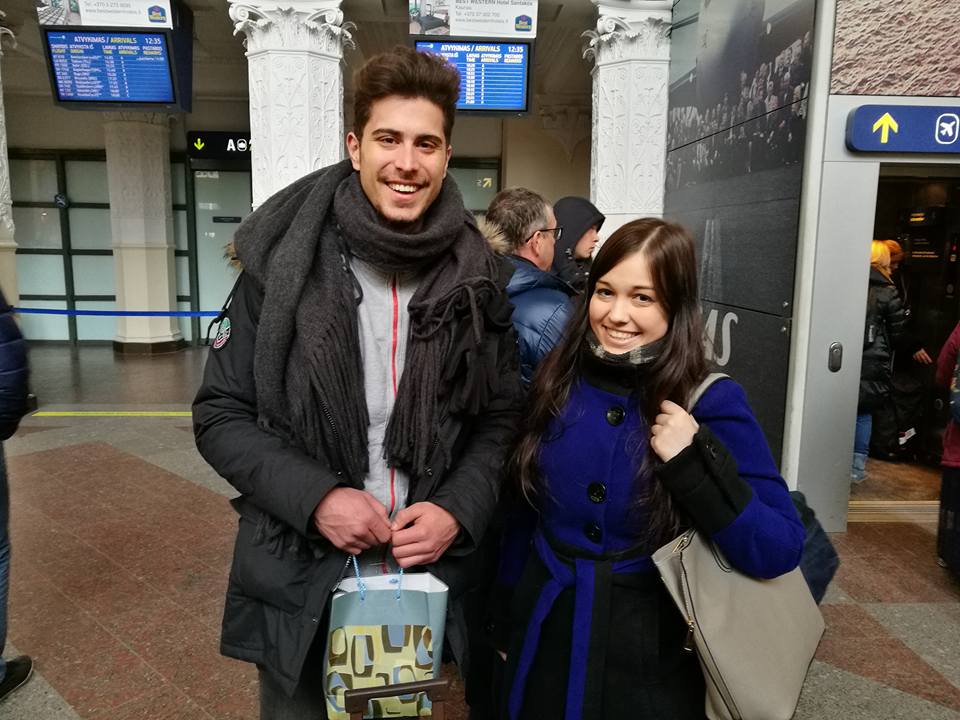 The European Foundation of Human Rights (EFHR) has been implementing and coordinating the projects of EVS and other organizations for several years. We do everything to make volunteers feel at home. We are extremely happy that we can share the experience of our partners – the Šilas Special School in Vilnius.

The Šilas Special School in Vilnius has become the part of the programme “Erasmus +” quite recently (on the 3rd of February 2017) and has accepted the first 25-year old volunteer David Rodriguez Fernandez from Spain. The young volunteer has shown his inspirational socio-cultural experiences, youthful enthusiasm and has given invaluable help in daily challenges to the school community.

Never before has the school participated in the “Erasmus +” programme, so since January the special school staff have had concerns about volunteer’s participation in the school’s work.
The team doubted volunteer’s potential for help, communication and opportunities. They feared to experience additional stress and responsibility, but the EFHR team, which was responsible for the project and its coordinating, helped the school staff to understand the aims of the project and the way of its realisation, as well as to fight fear of accepting the volunteer.

The communication between the coordinating organization and the volunteer’s supervisor before his arrival was very important. Already on the first day, David radiated positive emotions – in the corridor there was a colourful invitation poster and a detailed timetable, there were also signs on the door with writings in English and various snacks prepared in the kitchen.
The school workers had notes with their names on their clothes. David’s first day was the most memorable day of all his stay at school. It was a day, when he was accepted by the school staff not only as a volunteer, but also as a family member.

According to the school staff, despite the dynamic conditions of the reception, the hardest period of the “Erasmus +” programme was the first month of the volunteer’s stay. During the first month, David was quite quiet, modest, perhaps even saddened. The staff were also sceptical. However, during the adaptation period, the assistance of the coordinating organization and volunteer supervisor was the most valuable. The mentor from the coordinating organization helped the volunteer to adapt to the cooler climate of Lithuania, to get accustomed to the Lithuanian culture, to get to know the city and to discover his own capabilities. The supervisor, on the other hand, was supporting the volunteer, overseeing his activity and showing the value of volunteering.

After a difficult adaptation period, David became brave, confident and hardworking. He started to feel that he became a member of the team. The school staff also began to believe in volunteer’s abilities and saw him as a friend and great helper. During this period, David began to express his opinions and initiatives confidently. He gave suggestions about new ideas. According to the staff, his greatest achievement was making a film about the school and its community. David was immensely independent – he obtained the equipment, consulted with school staff on the film material, encouraged the students to take part in the film, edited it and made subtitles. In the opinion of volunteer’s supervisor, this work revealed his difficult work and his dedication to the school and its community.

Within these five months, the school staff get accustomed to the volunteer presence to such extent that it is difficult for them to imagine the everyday work without children’s smiles after hearing volunteer’s saying “Hello” and “Thank you” with an exotic accent. During these months David actively participated in the school’s activities – he was assisting the teachers, accompanying the children on school trips, taking photos of the projects, participating in local projects and in a meeting concerning the international project in Norway, organising afternoon classes, taking part in summer camp and giving help during swimming lessons and in a horse stud.