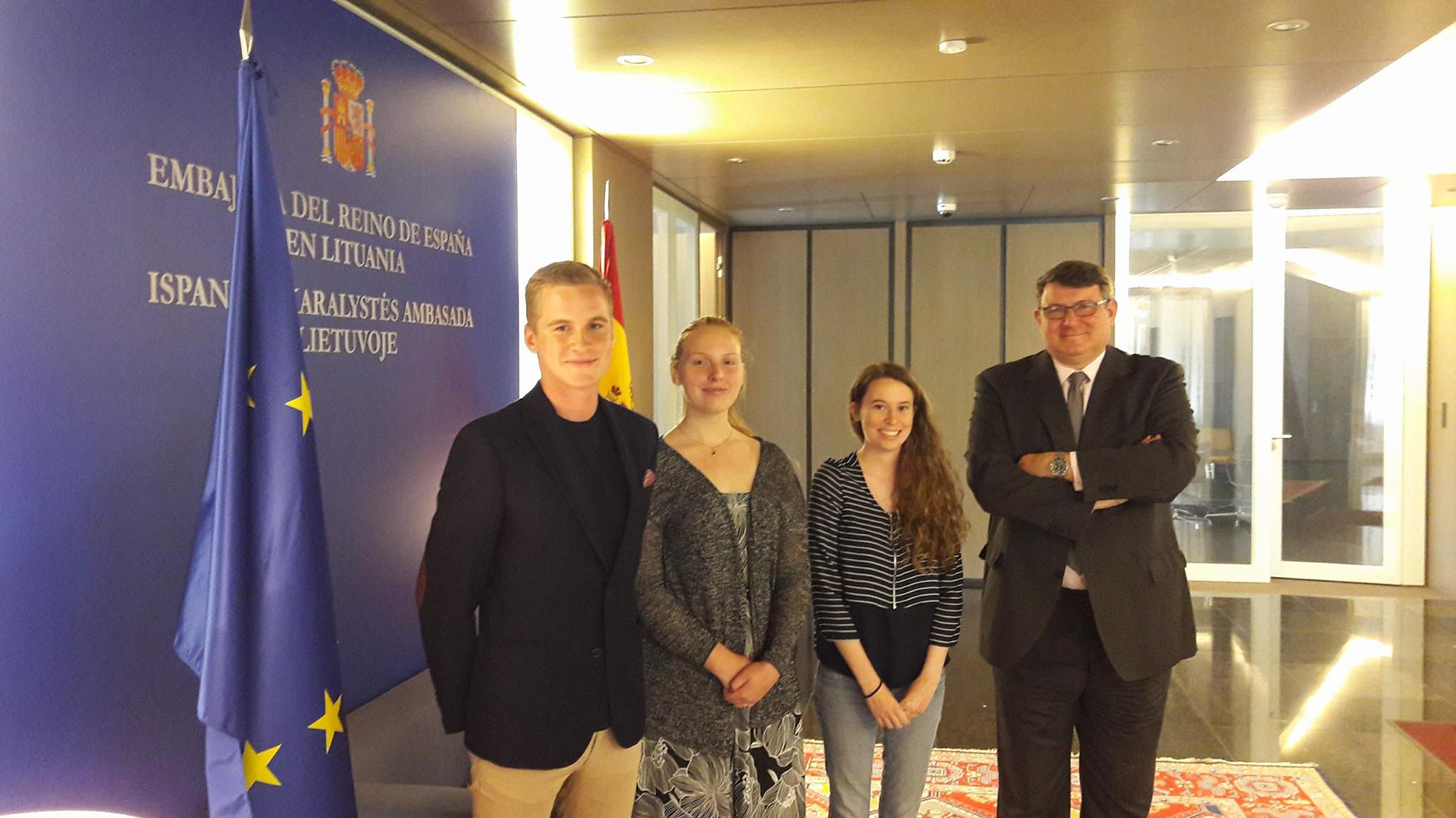 Undoubtedly, it was an interesting and enriching experience for young EFHR trainees. After the meeting, the Consul showed his trainees around the embassy and agreed to a commemorative photo.

Article 3 of the Constitution of the Kingdom of Spain states that the Castilian language is the official Spanish language of the state, and all Spaniards have a duty to know and use it. However, it is worth adding that the other Spanish languages are also official languages in the relevant autonomous communities, for example in Catalonia.

The Constitution also emphasizes that “the richness of the various language varieties of Spain is a cultural heritage that is subject to special respect and special protection”. This is undoubtedly a beautiful example of respect for the rights of ethnic minorities in this diverse country from which Lithuania could take an example, including adopt the relevant law on national minorities, which expired in 2010.