The Court decided: “Q” on the first page of passport 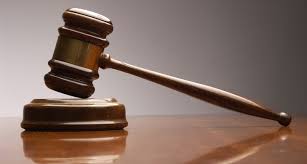 On 28th of September 2017, Administrative Court of Vilnius, on the request of applicants considered a complaint and annulled decision of Migration Office.  The Court obliged Migration Office to issue a Lithuanian passport to the son of the applicant, Joranas Jacquet with both Lithuanian and original spelling of the name (Jacquet) on the first page of a passport as well as preserving original spelling in the field “last name” on Register of Residents documents.

The Court decided that the previous judgments of Supreme Administrative Court of Lithuania (SACL) which obliged a change in the original spelling of the name in the new passport of Joranas Jacquet would result in disorder in further administrative procedures. Joranas Jacquet has dual citizenship – Lithuanian and French, that is why the Court concluded that differences in the spelling would cause further inconveniences.

It is worth noticed that previous Court judgments in the similar cases of Wardyn, Mickiewicz, Jacquet and Pauwels were not implemented because Migration Office unrightfully asks the applicants to fill in the Register of Residents form to change their names into Lithuanian version. The Court ruled that this act is illegal and invalid.

The applicant’s representative, attorney’s assistant Ewelina Dobrowolska underlines the important aspect of the decisions, SACL decided that in this case decision of Supreme Council is inadequate, because such rejection violates Joranas Jacquet right to private life. It is assumed, that Migration Office, will eventually respect the Court decision and will implement them.

European Foundation of Human Rights, which is providing a free of charge legal aid to mixed families and the members of national minorities, which fight for their right to original name spellings is informing that in this month there were 7 hearings in the similar subject matter and EFHR observed the increase of similar cases being submitted.