The European Foundation of Human Rights (EFHR) has been attending several trainings on hate speech during the last month. From 11th till 12th April, the lawyer of the EFHR, Lešek Jankovskij, attended a training on professional legal aid to victims of hate crime and hate speech. This event was in Prague, Czech Republic and its main aim was to enhance the support of victims of hate crime through mutual learning and knowledge exchange. Likewise, from the 5th until the 12th of May  he also participated in a youth exchange that took place in Levelek, Hungary. The aims of this exchange were to discuss the phenomena of online violence and discrimination and good practices against is and to learn how to deal with any possible risky situations online.

During the first training in Prague, the participants enjoyed several workshops related to hate crimes and their identification, investigation and legal assistance to victims. They discussed the definition of hate crimes, the psychological perspective of the victims and several legal aspects such as the right to effective investigation and relevant European Union legislation and cases.

At the youth exchange in Hungary, the EFHR representative had the chance to participate in several workshops that covered a wide range of topics on internet platforms : Human Rights, discrimination on grounds of gender, cyberbullying and violence, privacy, hate speech and potential action plans for these situations. Besides these tasks, the participants also had activities for rising their cultural awareness in relation to both their countries of origin and Hungary.

The EFHR has been attending youth exchanges and trainings related to hate speech that took place in many different countries during the past five years. The EFHR considers that its participation in these kind of events was very important for gaining knowledge in order to fight online hate speech. In the last eight years over 600 complaints have been sent to the prosecutors’ office and 50 cases won before the court. Currently, the EFHR is dealing with a hate speech case in the court against one individual that supposedly committed online hate speech against the Russian people 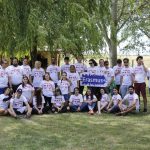 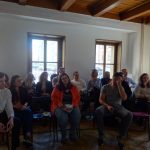 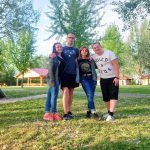 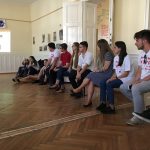