EFHR met with students of the University of the Third Age 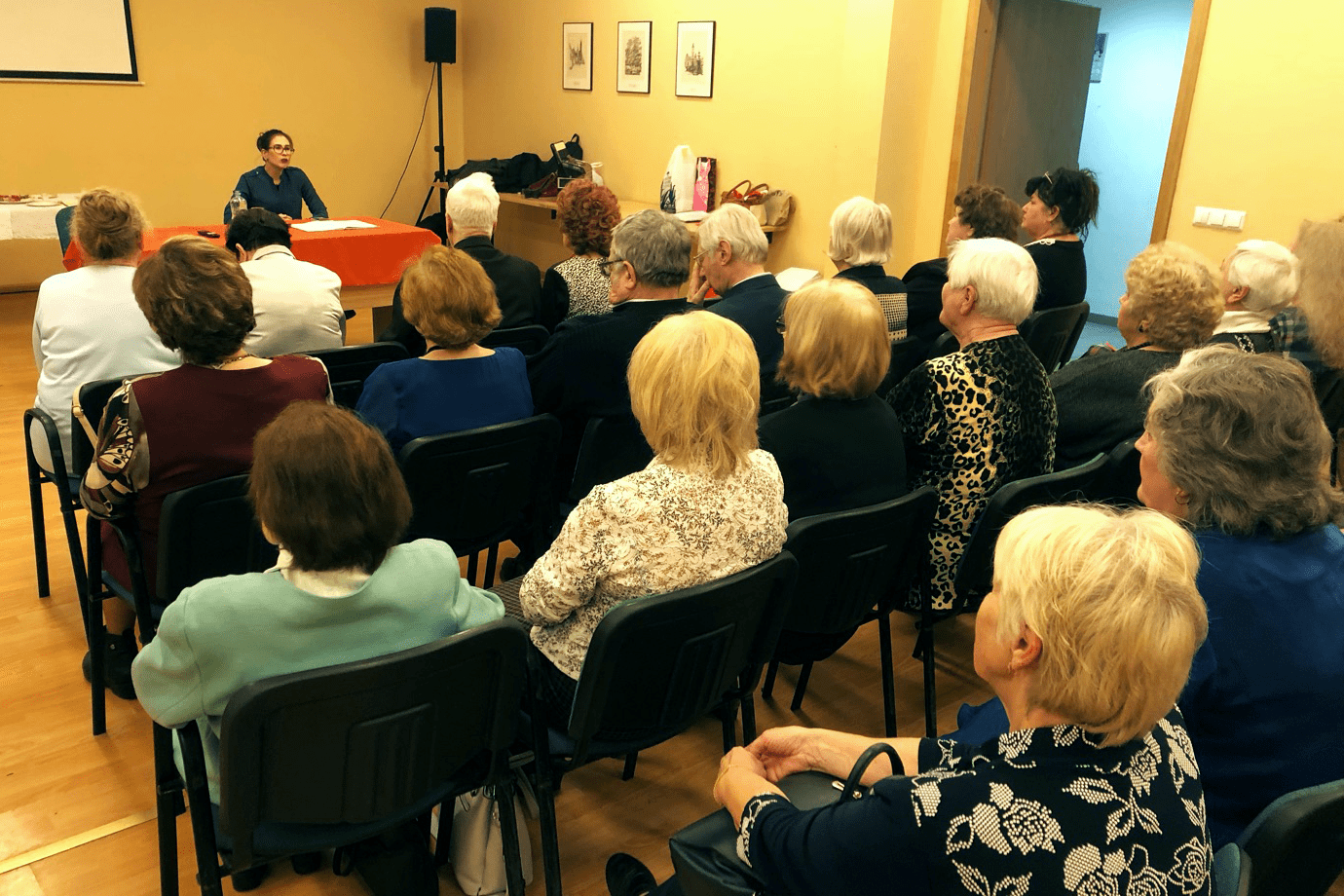 On 10th November 2019, representatives of the European Foundation of Human Rights (EFHR) met with students of the University of the Third Age. The meeting was carried out as a part of the activities of the House of Polish Culture in Vilnius.

The meeting with seniors was visited by Evelina Dobrovolska – a distinguished lawyer and long-time EFHR activist, and Marta Bednarczyk – an EFHR intern from the European Solidarity Corps initiative. Together, they presented participants with core activities of the organization and raised discussion on the most current issues for the Polish minority in Lithuania.

Marta, who has been in Vilnius for the last 5 months, shared her thoughts about life in Lithuania and told participants about her role in the development of EFHR. She touched upon both differences and similarities she notices between Poles in Lithuania and Poland, and she also talked about the recent court cases won by EFHR and other organization’s activities.

Evelina, on the other hand, in her conversation with seniors focused on an issue well known among minorities in Lithuania – that of the original spelling of names and surnames. This problem, despite being raised many times on various platforms, still weighs on Poles who cannot get the state to write their names in accordance with the original spelling. Evelina informed the listeners that when it comes to removing foreign endings from one’s name, such as ‘-as’ or ‘-aja’, the matter is relatively simple. However, it becomes more complicated if the applicant wants to change specific letters of their name to others, which do not appear in the Lithuanian alphabet. In this situation, one’s request must go through judiciary proceedings. However, a breakthrough in the issue of the original spelling of names may come soon in connection with the EFHR’s recent victory in the case of Malgorzata Runiewicz-Wardyn.

During the meeting, Ewelina Dobrowolska also raised the issue of the upcoming census in 2021, which will be handled in a different way than before. This time, data on people residing in Lithuania will be collected from the registry, instead of traditional surveys conducted among citizens. This means that, as a result, many people belonging to the Polish national minority might be considered Lithuanians if an appropriate entry is not on their birth certificate. Participants of the meeting were informed on how to avoid such a situation.

We would like to thank the University of the Third Age and all attendees for their attention.