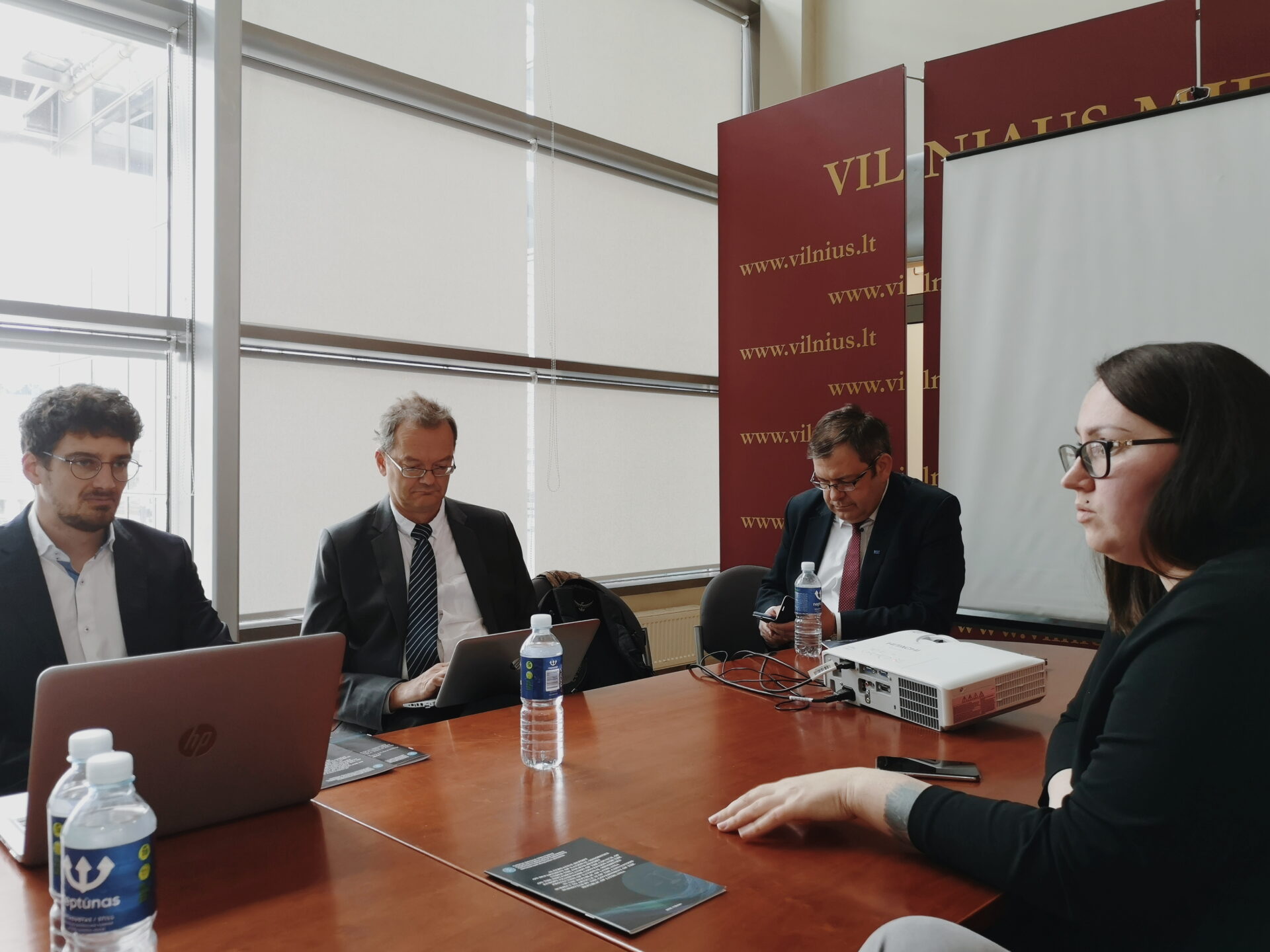 On 12th March 2020, representatives of the European Foundation of Human Rights (EFHR) met with three researchers working on the situation of national minorities: Dr Timofey Agarin (Queen’s University, Belfast), director of the Centre for the Study of Ethnic Conflict, Prof. Martin Klatt (University of Southern Denmark) and Patrick Utz (University of Edinburgh). They were specifically interested in how national minorities participate in the political discourse, e.g. do they have their own parties, is there an inclusive system in place to guarantee their representation, do they join non-governmental organisations working for their cause, etc. The researches spent 2 days in Lithuania, meeting with local organisations and institutions. The meeting was organised with the assistance of Andžej Pukšto, the head of the Political Science Department of Vytautas Magnus University.

During the meeting, the attorney’s assistant Evelina Dobrovolska shared information about the general situation of Poles and Russians in Lithuania and their ‘typical’ problems. Among others, she mentioned the high electoral threshold for national minority parties, the lack of bilingual topographical signs, and the issues related to original name spelling, etc.

Marta Bednarczyk, EFHR team member, brought insight into how she perceives the Polish minority issues in Lithuania as a citizen of Poland. She shared her view on the local attitude towards ‘Polishness’ and what is, in her opinion, an antiquated view on what Polish culture. She also talked about the challenges related to the minority media.

During the meeting, it was discussed how the attitudes towards Polishness and being a member of a national minority changes over generations. The national sentiment is still quite strong with the elderly , however, the younger generation seems to focus more on their political views (instead of nationality) and support parties that reflect them. Additionally, we discussed if there is a way of developing local legislation that would help national minorities in the regions. Unfortunately, it seems that without a nation-wide definition of who constitutes a national minority, it’s not very probable.

It was brought to light that this year Lithuania ‘celebrates’ its 10th anniversary without a national minority law. Several bills have been drafted, but until now the Lithuanian parliament has been very slow and reluctant in bringing them in for official reading. It was also discussed how effective the Polish community can be when collecting signatures of support, whether during elections or for causes such as the Minority SafePack initiative.

We would like to thank the researches for the meeting and the interest in national minorities in Lithuania. We hope that our insights will be valuable for future research.