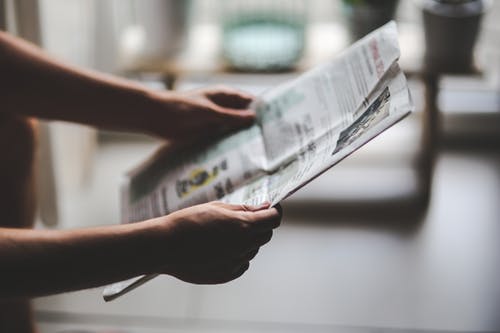 In 2020 January 15th there was information published online that the Press, Radio and Television Sponsorship Foundation (hereafter – the Foundation) tendered allocation of 2020 state support for designing public information providers. As stated on the Foundation’s website, 439 applications were submitted for the competition. The amount requested for assistance from the Foundation was € 6,740,719. Applications for each program were evaluated by a panel of five experts – experienced journalists, scientists, art and culture professionals. Taking into account the conclusions and suggestions of the experts of the Foundation, the final decision was made by the seven-person Foundation Council, assessing the originality, relevance, professionalism of the projects and their compliance with the objectives of the Foundation.

European Foundation of Human Rights (hereafter – EFHR) does not question the qualifications and objectivity of the Foundation and its experts, but wishes to draw attention to the issue of media funding for national minorities. The only Polish daily newspaper in Lithuania, “Kurier Wileński”, did not receive funding this year.

It is worth to notice that in 2019 January 8th the recommendations of the Advisory Committee of the Framework Convention for the Protection of National Minorities to Lithuania in respect of the rights of national minorities were published. In reviewing the overall situation of human and national minority rights in Lithuania, the Committee noted that the subject of national minority rights has long been politicized, although this contrasts quite strongly with the relatively small number of national minorities. With the abolition of the Law on National Minorities in 2010, there is no legislation in Lithuania detailing the rights of national minorities, and while some efforts are being made to find pragmatic solutions, they are not sufficient to address the issues of minority language use in public life, such as bilingual street plaques and the original spelling of names in official documents. According to the Committee, almost thirty years after the restoration of Lithuania’s independence, the policy of national minorities is at a crossroads. Successful enforcement of the aforementioned linguistic rights would be a decisive step towards a fully integrated society, and failing to do so would entail certain risks, which could be aggravated by many geopolitical, economic and demographic factors.

In 2019 March 27th, the Committee of Ministers, following the recommendations of the Advisory Committee on the Framework Convention for the Protection of National Minorities, adopted Resolution CM/ResCMN(2019)4 encouraging Lithuania to implement the international remarks and recommendations. These include the stabilization of support for minority media through the Lithuanian Press, Radio and Television Support Foundation, including, inter alia, a separate funding line for minority media.

The EFHR takes note of the Committee of Ministers’ recommendations to Lithuania and calls for a review of the regulations for next year’s competition, adding a separate line for funding minority media projects. This appeal was sent to the Press, Radio and Television Support Foundation, the Department of National Minorities, the Ministry of Finance and the Government of the Republic of Lithuania.