Surnames – no, the names of companies – of course 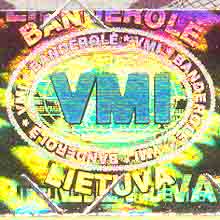 European Foundation for Human Rights filed five applications to the State Language Inspectorate asking for an explanation of why the names of companies (both Lithuanian and non-Lithuanian), car license plates, tourist inscriptions and excise stamps on the goods subjected to excise duty (such as cigarettes and alcohol) can contain letters which are not included in Lithuanian alphabet. The Foundation asked to change this situation as well, motivating it by the need to protect the national language.

In response to the application dealing with excise stamps, the Inspectorate wrote that the State Document Technological Protection Service confirms that series of secure forms of documents in circulation are identified by letters of the Lithuanian alphabet, and “the Foundation has not provided any example representing a violation of this standard.” However, it’s worth noticing that such examples exist, but the Inspectorate simply did not examine the current situation (the picture of an excise stamp with “w” – below). In response to the application dealing with non-Lithuanian names of companies, the Inspectorate quoted legal standards under which the original name of the corporation aren’t translated into the Lithuanian language. However, our notice that this legal standard, which allows avoiding translation of the foreign names, does not automatically mean that these names can contain letters which do not exist in the Lithuanian alphabet, was ignored.

Responding to the application dealing with the registration numbers of cars, the Inspectorate indicated that the combination of digits and letters on car license plates are not words, so they do not belong to the sphere of protection of the state language, which implies that car license plates may contain any characters from Latin alphabet or so-called copperplate (a printing font).

According to the European Human Rights Foundation, the State Language Inspectorate’s interpretation of the law by is erroneous; therefore, we intend to sue them to court.

We kindly ask you to send us images of excise stamps of cigarettes or alcohol, of license plates and names of companies, which uses non-Lithuanian letters. Thank you in advance.

We will keep you informed about further events.