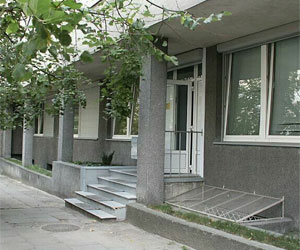 EFHR has received another official statement of statistical data about non-Lithuanian surnames registered in Lithuania from the Bureau of Population Records (Gyventojų registro tarnyba prie VRM). What the statistics seem to prove is just as surprising as the previous statement (more information is available here: http://en.efhr.eu/2012/12/28/w-lawful-in-lithuania-after-all/).

According to the official statement, it is possible to register names and surnames in Lithuania with the letters “x” and “q” – such as Alexander, Oxana, Lacroix. Such statistical data all the more confirms the Foundation’s opinion that personal names should not be Lithuanized. One of the basic rights of each person is the right to the original spelling of his/her name and surname. Each state should respect and guarantee this right. The protection of national minorities and rights and freedoms of persons belonging to minorities is an integral part of the protection of human rights on an international scale. Therefore, according to the Framework Convention for the Protection of National Minorities, “The Parties undertake to recognize that every person belonging to a national minority has the right to use his or her surname (patronym) and first names in the minority language and the right to official recognition of them, according to modalities provided for in their legal system” (Article 11). This implies that member states can use their official alphabet to spell the name and surname of a person belonging to a national minority in its phonetic transcription. Persons who have been forced to withdraw from the original spelling of their names and surnames should have the right to return to its proper use. It is now agreed that legal systems of member states will be in line, in this respect, with international standards referring to the protection of national minorities.

On the basis of names already registered at the Lithuanian Office for National Statistics, EFHR is encouraging everybody to make use of the possibility to change improperly transcribed names and surnames containing non-Lithuanian letters, a combination of letters or double letters.

In this respect, the Foundation will organize an informal meeting “How to change your name and surname – step by step instructions”, during which we will explain how to change your name and/or surname. The meeting will take place on the 15th February at 6 p.m in seminar room No. 305 in the Polish Community Centre at 76 Naugarduko Street. Entry to the meeting will be free of charge.