Nobody will be punished for writing “hairdresser” or “shop” 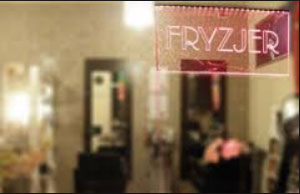 Now, nobody can be afraid of being punished for writing anything in Polish, Belorussian or Russian. The aim of writing in other languages is to improve the quality of services for tourists and to encourage more tourism to Lithuania. The adoption of the new legislation allows traders to advertise their business in any language they choose. Next to advertisements in the official language it is now possible to include different information or vocal recordings about the business in a foreign language without the fear of being fined. So far the regulations prohibited these types of advertisements and this was, according to the Foundation, illegal and breaking the rules of economic freedom. As an example we should mention the case of one person who was fined 500 LT for having advertised a hairdresser’s shop in three languages (Lithuanian, Polish and Russian). The Code of Administrative Infringement of the Republic of Lithuania says that anyone who does not meet the requirements of The Official Language Officer about using the official language may be admonished, and the head of the organization may be issued with a fine ranging from 300 to 600 LT. In cases of repeat offending the fine can increase, and end up being from 600 to 1500 LT (Art. 912).

This decision was made by The State Commission of the Lithuanian Language after receiving a petition from the European Foundation of Human Rights.

In 2011 the State Language Inspectorate complained about some companies as they did not abide by the law. Among these were bus stop companies from the Solecznicki and Wileński Region as they used Polish bus route signs. There were also complaints made about the executive of “Irzimas” for the same reason. In all cases the Supreme Administrative Court remitted these lawsuits. The same situation happened to the owner of a grocery store in Awiżenie who wrote the word “Grocery” both in Polish (“sklep spożywczy”) and in Lithuanian (“parduotuvė”) and did not agree to cancel it. She was fined 450 LT.

Previously, the regulation adopted by the Language Commission from May 25 1995 about public information and vocal recordings was in place. Here it was said that vocal recordings and public notices which were created for tourists (international trade – in hotels, post offices, banks etc.) might be, next to the official language, given in international languages like English, German and French.

According to data from the Department of Statistics of the Republic of Lithuania during the last two years (2010-2012) there were many tourists from Poland, Germany, Russia, Latvia, Belarus, Great Britain, Finland and Estonia.

The Language Commission oversees the implementation of the laws regarding the official language, takes care of the language culture and observes the language situation in educational institutions, the media, publishing houses, public life and other areas. Moreover, according to the law of the Republic of Lithuania the State Commission of the Lithuanian Language makes any necessary changes in regulations. During the meeting of the Language Commission the EFHR petition was taken into consideration in order to treat all foreigners who are in Lithuania equally, not to discriminate against them by preventing them from gaining access to information.

Thanks to this decision all digital signs and vocal recordings on public transportation and in the customs house, hotels, banks, tourist agencies and on advertisements may be, along with Lithuanian, in any languages that a person wishes. In practice this means that it will be the languages of the dominant national groups who visit Lithuania that are better represented – like English. There is a condition that the information in a foreign language cannot be longer or more detailed than that given in the official language. And here is the definition of the term “advertisement” according to the law: any form and any way of spreading information, connected with commercial or financial activities, promoting goods or services including buying real estate or acquisition of property rights. So, there are no legal obstacles to reaching the conclusion that advertisements, in the opinion of the Commission, also includes shop signs which in addition to the Lithuanian language may be displayed in a different language.

The Foundation adopted this new decision happily and is glad that the Commission took our petition into consideration. The Commission’s decision is available on the website: www.efhr.eu