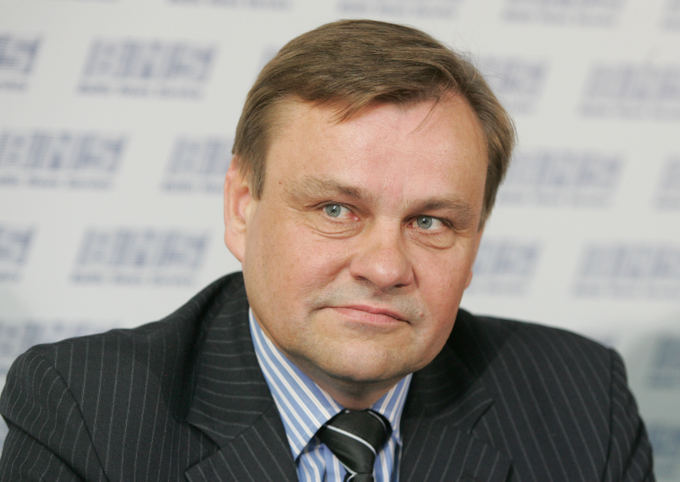 Currently in Lithuania protection of the national language – its usage, correctness and the way in which it should be taken care of – is regulated by the act on the official language of the Republic of Lithuania. However, the spokesman of the Lithuanian Seimas, Vydas Gedvilas, together with members of the Seimas Committee of Education, Schooling and Culture has prepared a constitutional bill, which is supposed to guarantee full functioning in all areas of public life and also support the EU’s attempts to preserve linguistic and cultural variety.

The current act on the official language was adopted 18 years ago and this is why it is not up to date in terms of legal technique and precision of its provisions. In the opinion of the designers, a new act will strengthen the image of the Lithuanian language, will be focused on better protection of the language and it will also improve citizens’ respect for the national language and proper behaviour towards it.

In the opinion of the European Foundation for Human Rights the regulation included in this act that relates to spelling of names and last names is particularly negative. The bill says that the spelling of names and last names of Lithuanian citizens will have to follow the rules of the Lithuanian language only, apart from exceptions described in other acts. Besides, names of entrepreneurships in Lithuania will have to sound Lithuanian.

In relation to this matter, it is also worth mentioning that on May 1st the regulations regarding the Registry of Legal Persons changed. According to the new law, the head of the Registry Office for Legal Persons, who is responsible for registration of new companies, entrepreneurships and organisations, is obliged to consult the National Commission of Lithuanian Language, which will decide whether the name of a company follows the general norms of the Lithuanian language.

The Foundation is really uneasy about such legal regulation of the constitutional bill on the official language. The authors of the bill claim that the current law is not up to date. Provisions of the new proposed act are, in some aspect, so rigorous that instead of strengthening the authority of the Lithuanian language they will have completely opposite effect. Progressing globalisation forces the society to be open, both to the world and inside a country, and to preserve the national identity at the same time. Globalisation makes it possible to integrate with other people; it facilitates communication and makes hostility between nations less intense.

Migration, which is becoming more and more intensive, is also a sign showing that using only one language isolates a country from the outside world. In 2012 alone 15.9% of children were born outside Lithuania, which means that people see their future as associated with one country less and less often. After Lithuania has joined the EU, each citizen of the state can use the rights guaranteed by the EU legislature, for instance the right to move freely. The bill certainly does not make economic growth of the country easier and it surely will not attract foreign investors.

“The grammar is not regulated by the law”– this is the stance of a journalist and an academic teacher on the Faculty of Communication of the Vilnius University, Andrius Vaišnys (http://pl.delfi.lt/opinie/opinie/vaisnys-nazwiska-to-sprawa-gramatyki-nie-polityki.d?id=60714361). Neither names nor last names are parts of the linguistic system, so why would personal names be regulated by grammatical rules?

It should be mentioned that even the National Commission of Lithuanian Language (Valstybinė lietuvių kalbos komisija) has assumed a more liberal stance in the case of protection of the Lithuanian language claiming that “foreign personal names do not belong to the system of the Lithuanian language and should not be lithuanised”. This opinion is also common among Lithuanian linguists, who say that names and last names do not belong to a linguistic system but they are only signs which have been agreed upon.

Moreover, on November 8th 2010 the Commission adopted an act on presenting public information in a non-Lithuanian language (Valstybinės lietuvių kalbos komisijos nutarimas Dėl viešosios informacijos ne valstybine kalba pateikimo). Basing on the new legal regulations, for the purpose of international communication public information, both written and spoken in: means of transportation, custom offices, hotels, banks, travel agencies as well as in elements of promotion, can be published in foreign languages next to a publication in the national language.

As Regina Dobelienė, who is a former head of a department of the National Commission of Lithuanian Language points out, the present mode of writing names and last names discriminates, most importantly, Lithuanian people, because it introduces the greatest number of limitation for Lithuanian names and last names. The rights of Lithuanians to choose names that are not compatible with the Lithuanian model are limited. The problem also relates to women in Lithuania, who cannot easily keep their father’s or husband’s name without -ienė, (i)uvienė, -aitė, -ytė, (i)utė inflections.

She also says that the current legal practice related to the spelling of names and last names has nothing in common with either protection of the Lithuanian language or the decisions of the Constitutional Court. Taking care of a language does not mean adopting a law, even if it is a constitutional law, because this will not change the transforming lifestyle of people, and society’s mentality that changes along with the lifestyle. The state should find a different way of promoting the Lithuanian language, such as investing in campaigns that would promote the language. Or it could also be done by realisation of such campaigns not only by presenting a comprehensive cultural offer but also through various linguistic projects, including campaigns for the Lithuanian language. Materials such as postcards, posters or movies, thanks to funny and contemporary graphic design and content, can show how lively and attractive the Lithuanian language can be. It is particularly important to engage the youth into such projects, because they would continue the new traditions.

Lithuania is a country of many nationalities and every nation living on its territory uses two or three languages on everyday basis. A language is not static and it develops continually, so the society and the authorities (and most importantly linguists) should be properly prepared for such changes.

Lithuania is not big enough to introduce such legal acts. Only a multicultural, progressive and open Lithuania can develop in the united Europe, so blind patriotism should be nobody’s guide.

Author: Wioleta Palonis, a worker of the European Foundation for Human Rights