Adjudgement concerning matura exam does not exclude the existence of different matura exams. 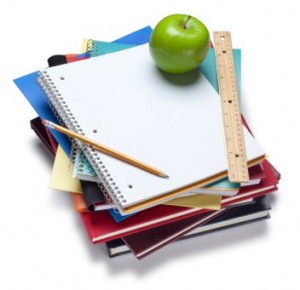 June of the current year began with a decision of Lithuanian Supreme Administrative Court, which adjudged that concessions for students from ethnic minorities’ schools during a matura exam in Lithuanian language mandated by Lithuanian Minister of Education are illegal according to constitutional rule of equality (1st part of 29th article of the Constitution of the Republic of Lithuania).

Decision of the Court is connected to the concessions mandated by minister of Education Dainius Pavalkis on 20th February 2013 in decree “About the change in the established programme of matura exam” (2013 m. vasario 20 d. Lietuvos Respublikos švietimo Ir mokslo ministro įsakymas Nr. V-109 “Dėl Švietimo Ir mokslo ministro 2011 m. liepos 1 d. įsakymo Nr. V-1197 “Dėl brandos egzaminų Ir įskaitų programų patvirtinimo” pakeitimo”). During a matura exam, students from ethnic minorities’ schools used to write shorter essay than students from Lithuanian schools: in a state exam essay it was supposed to be approximately 400 -500 words, and in school exam – about 250 – 350. Afterwards, concessions allowed to make more mistakes and gave the possibility to use dictionaries by students from non-Lithuanian schools. While submiting their decision, Ministry alleged the fact that the difference in the amount of Lithuanian language lessons between Lithuanian schools and ethnic minorities schools is huge since the reform of educational system, so the possibility exists that students from non-Lithuanian schools, who were not able to readjust to changes in educational system, would be discriminated.

Group of deputies contested the mandated concessions because “matura exam is also an entrance exam and that is the reason why students are in unequal conditions. Changes in the exam created the absolutely distinct conditions for Lithuanian graduates. Minister’s decree (“About the change in the established programme of matura exam”) changed examinational programme in a radical way, because it has changed the content and the volume of an essay”.

The Supreme Administrative Court adjudged that equality and proportions between concessions for students from ethnic minorities’ schools on matura exam and students who learn only in Lithuanian language, must be established not due to the real difference of hours of Lithuanian language classes, but while taking into account conditions that the state has created for education. Court believes that state has created the conditions for ethnic minorities’ schools to hold more hours of Lithuanian language lessons, but schools did not use it, so it cannot have an influence (the lesser amount of lessons) on establishing concessions.

European Foundation of Human Rights (EFHR) believes that Lithuanian Supreme Administrative Court in an obvious way made an incorrect analysis of the data. Every student should have an equal number of lessons, not as it is in a current system, when ethnic minorities’ schools have more hours, because ethnic minorities’ language is an extra one. In addition, so-called opportunities created by the state would involve the excess of lessons scheduled in students’ scheme. Consequently, Foundation rejects the explication that schools had opportunities, but did not use them and that is why, these days they cannot rely on any concessions.

Moreover, EFHR points to a further part of the adjudgement, which has a significant meaning and is a guide for a legislator. Lithuanian Supreme Administrative Court adjudged that Ministry of Education did not make a precise research what kind of influence nowadays has a lesser number of classes and whether it can be used as an argument to implement the concessions. Thus, the Ministry established the concessions on its own without taking into account any factors, and did not check whether any specified concessions are needed (1.5 times smaller volume of an essay and other). All of those factors needed to be researched by the experts and only on the grounds of their expertise the proportion between factors and concessions could be acclaimed, which in any way has to be objectively justified. Meanwhile, the Ministry did nothing whithin the scope of it and that is the reason why concessions, according to Lithuanian Supreme Administrative Court, are contradictory with constitutional rule of equality. Consequently, court does not exclude the existence of different matura exams. At the same time, Foundation believes that a disobedience of those procedures by the state institutions cannot have negative consequences for the ordinary citizens i.e. in that case the ethnic minority students in Lithuania.

Since the beginning, EFHR was against changes in Lithuanian educational system, which has not made provisions for a longer period of preparations to a new form of the exam for students from ethnic minorities’ schools. EFHR believes that all of the Lithuania citizens should speake Lithuanian fluently, natheless Lithuania cannot forbid members of ethnic minorities to learn in places where their mother tongue is a language of instruction, because it would be inconsistent with the Convention accepted by Lithuania about the security of ethnic minorities, which obliges to recognise a law of every person who belongs to the ethnic minority to learn their mother tongue. Lithuania also agreed to provide, within the scope of the educational systems, the proper opportunities for learning in this instructional language for those ethnic minority students (article 14) and create the necessary conditions which would enable people from ethnic miorities to participate in cultural, social and economic life, as well as in public affairs, especially those concerning them (article 15).

Moreover, while following the example of other countries and the widely accepted idea of fighting with discrimination, Lithuanian country should, in their attempts towards the ethnic minorities, be guided by the advatages of the rules of the positive discrimination, whose purpose is to equalize the chances of people and discriminated groups by virtue of sex, ethnic origins, religion, sexual orientation, impairments and other qualities.

That is why EFHR believes that the public authorities should be more open-minded when it comes to the issue of creating the right conditions to provide a strong position of ethnic minorities in Lithuania. As Lithuanian constitution says, everyone is equal, so ethnic minorities should be equal to all Lithuanian citizens. In consequence, the concessions concerning the state exams or the regulations concerning the affiliation of students to universities should not be received as an ingeration into the integrality of the state, but as a simplification that enables many people in Lithuania to fully participate in a social life.

EFHR advocates the argument of the Minister of Education, which states that the current educational institutions are not prepared to create equal conditions for ethnic minority students and this is the reason why the concessions agree with the constitutional rule of equality and what is more, they are proportional. The same demands cannot be made for those, whose educational programme range is significantly different. Allocation of concessions for ethnic minority students, in the case when there is no transitional period, is a natural consequence that serves purely and simply the need of making students’s chances equal.

If there is a bigger amount of students in universities, it means that a sizable number of specialists after a graduation become a part of the job market and bring a significant gainings to the economy of the country. Furthermore, higher activity of ethnic minorities in social and economic life gives hope to integrataion of ethnic minorities with the rest of the society. The exclusion of ethnic minorities would create long-lasting problems and that is the reason why EFHR calls for adherence of the international and European law, whose petitioner is Lithuania, and to create the best conditions to involve all of the citizens into a social life on the same conditions as the rest of the society, taking into account the special conditions for a given group when there is a necessity to do so – the so called doctrine of positive discrimination.

EFHR believes that concesions during the final exam are, by all means, accurate and deserve to be aproved by everyone who is not indifferent to position of ethnic minorities in Lithuania. The fundation will do everything in order to make Lithuanian educational system obey the righst of ethnic minorities.