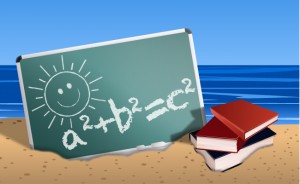 During two weeks (June 25 – July 5) in Vilnius took place a summer school entitled “Harmonization or national identity: the future of law in Europe”. It is an unique international project of Faculty of Law at Vilnius University, Goethe University Frankfurt am Main (Germany) and Paris West University Nanterre La Défense (France). Professors of these three universities discussed with students and other school participants about the harmonization of law and other politic and legal up-to-date problems of the European Union. Among participants were students as well as newly employed alumni from Germany, France, Poland, Ukraine and Czech Republic. On the eve of Lithuanian Presidency of the Council of the European Union and below the arcades of the oldest university in the Eastern Europe, Lithuanian, German and French students of law gathered in order to dispute not only about European integration but also discover the amazing history of Lithuania by visiting the monuments and the nature.

European Foundation of Human Rights was represented by its employee Wioleta Palonis: “I am very glad that I had the opportunity to participate of this year summer school. It was not only a chance to deepen my  theoretical knowledge but also to build a network with professors and students from different universities. I am convinced that this experience will be very beneficial in my career” – she claimed.

Moreover, EFHR’s employee took part in staging of the court case at the Supreme Administrative Court in Vilnius and together with Prof. Dr Otmar Seul presented a short speech about the Lithuanian system of employment relationship and the implementation of directive (2002/14/EC) into Lithuanian law concerning general framework conditions about informing and conducting of consultations with employees in the European Union.

At the end of the ceremony, a multicultural workshop was followed. The organizers displayed a documentary of Lithuanian director entitled ”The other dream team“ describing the story of Lithuanian basketball team.