Absurd argumentation of State Inspectorate of Language does not surprise anymore 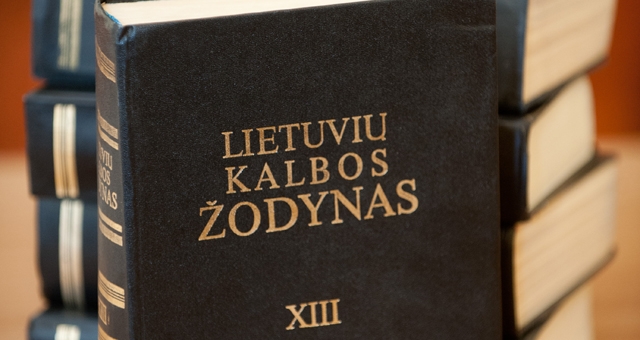 “The present Lithuanian system of spelling foreign names and surnames according to how they sound is anachronistic and idiotic,” claims Egidijus Kūris – a lawyer, a prominent constitutional law expert, and the former president of the Constitutional Court of the Republic of Lithuania (2002-2008).

Still, however, the State Inspectorate of Language (Valstybinė kalbos inspekcija) arbitrarily interprets constitutional provisions such as the ruling of the Constitutional Court of the Republic of Lithuania from 1999. Namely, having investigated the executive order of President Valdas Adamkus on the decoration of the late Lech Kaczynski and his wife Maria upon the application of the European Foundation of Human Rights, the State Inspectorate of Language stated that, by virtue of the Resolution of the State Commission of the Lithuanian Language (Valstybinė lietuvių kalbos komisija) on the spelling and punctuation in the Lithuanian language passed on July 19, 1997, “personal names in scientific literature, advertising, information brochures, and special texts are written down in accordance with their original spelling, whereas the more frequent names of places are adapted.”

Such argumentation is absurd and contradicts legal regulations such as the Act of the President of the Republic of Lithuania. According to article 9 of the aforesaid act, all decrees, including decoration decrees, are legal acts which come into force by virtue of other statues that regulate them. Therefore, by interpreting the resolution of the Sejmas, the State Inspectorate of Language has acted beyond its capacities. The decoration decree is a legal act, which, among others, should meet the requirements of statutes and other normative acts.

The case concerning the acronym “WC” also remains unsolved. The State Inspectorate of Language claims that “the letters of the acronym WC are an international symbol, which is recognised as either an information sign or a sign denoting public toilet all over the world. It is an acronym, not a word, as a result of which it does not fall within the scope the official language protection and is not subject to the requirements concerning public inscriptions.”

The Administrative Court of Vilnius (Vilniaus apygardos administracinis teismas) refused to examine the popular issue of the spelling of “WC,” arguing that the European Foundation of Human Rights is not the entity the rights and interests of which have been breached.

The EFHR does not agree with the argumentation and is going to appeal against the court ruling and the document issued by the State Inspectorate of Language.

When the EFHR uncovers possible legal violations, the State Inspectorate of Language knowingly takes a passive position, without investigating the complaints as regards their content, and officially states the lack of any violations.