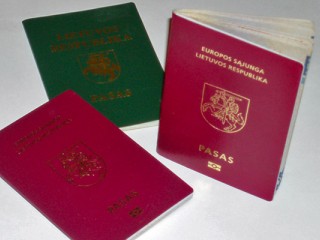 The European Foundation of Human Rights is curiously watching another debate about restoring the possibility of declaring one’s nationality in the Lithuanian passport. It is worth mentioning that the right to declare one’s nationality in the passport was guaranteed in article 2 of the Passport Issuance Regulations Act for the Citizens of the Republic of Lithuania from 1991.

In 2003 the Sejmas of the Republic of Lithuania changed the law and ruled that the entry for the holder’s nationality was to be removed from the passport. Although the “nationality” section was removed from Lithuanian passports, one can still declare their nationality in the birth certificate. It follows that providing such information is tantamount with an important and obvious need of declaring one’s, in this case, the child’s, nationality.

In June 2011 the Ministry of the Interior of the Republic of Lithuania (VRM), which is responsible for passing the law on providing information about one’s nationality in the passport, stated that “neither the passport nor the identity card has been meant to confirm the nationality of its holder because declaring one’s nationality is not connected with confirming one’s identity or citizenship.” The position taken by the Ministry of the Interior has been supported by the Human Rights Committee, which examined the petition launched by a group of citizens and which concerned the statement from 2011. The Committee decided that the case was not worth putting on a vote by the Sejmas and therefore withdrew it.

Declaring one’s nationality in the passport (which should not be confused with providing information about one’s citizenship) is possible in several member states of the European Union, among others, in Austria, Belgium, Germany, and Latvia. In the European Union passports look very similar, which is the effect of “Council Regulation (EC) No 2252/2004 of 13 December 2004 on standards for security features and biometrics in passports and travel documents issued by Member States.” As for the content of the passport, a given state is allowed to include an additional section if it deems it appropriate and necessary.

According to article 3 of the Framework Convention for the Protection of National Minorities, which was ratified by Lithuania without any reservations in 2002, every person belonging to a national minority has the right to freely decide whether they want to be treated as someone who belongs or does not belong to a national minority. What is more, their choice and the exercise of the rights stemming from this choice are not to bring about any unfavourable effects. The Constitution of the Republic of Lithuania also makes a reference to the right to “cultivate and preserve one’s national identity.”

Therefore, the European Foundation of Human Rights thinks that Lithuanian passports should include information about one’s nationality, which in turn would mean that Lithuania has fulfilled the international legal obligations made in 2003. It is up to the citizen to decide whether he/she wants to provide such information in the passport and whether he/she wants it to explicitly indicate his/her nationality while border-crossing. No one has their birth certificate on them when crossing a border, whereas everyone needs to have a passport.