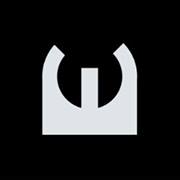 European Foundation of Human Rights, paying attention to the appearing on the page ekspertai.eu information concerning financing Lithuanian schools in Poland, would like to point out that information provided is incorrect, as it makes an impression that only the Lithuanian side is responsible for educational institutions of the Lithuanian minority…

Reverberant in the media of both countries was the information about this year’s Lithuanian transferring funds of 400 thousand litas (about 116 thousand euro) for the maintenance of the Lithuanian schools in Poland. In addition, there were information on funding school buses by the Ministry of Education and Science of the Republic of Lithuania. It was also noted that the maintenance even only one student at school of the Lithuanian minority in Poland requires large costs, and Lithuania has been keeping in maintenance more than 80% of educational institutions of the Lithuanian minority in Punsk by buying textbooks, providing “shopping carts”, supporting any actions for the development and improvement of the teaching conditions. It was also emphasized that, in spite of the great costs, Lithuania is still going to support the schools in Punsk, but the similar actions are expected also from authorities of Poland and it would be too bold an expectation that Lithuania has been committed to the continuous financing of schools in Poland.

Contrary to the Lithuanian expressed indignation on not supporting the schools of the Lithuanian minority in Poland, there are numerous facts proving the Polish involvement in this matter. For instance, in 2007-2009 499,5 mln zlotych were transferred from the state budget in favour of the national minorities in Poland, and the sum transferred has been increased every year. The Lithuanian minority has been receiving the most out of the funds for protection, preserving, and development of the cultural identity of minorities allocated by the Ministry of the Interior and Administration. In total, in 2007-2009, this amount was more than 6,5 mln zlotych. The financial support of the MIA, amounting to about 300 thousand every year, has been provided, among others, to the biweekly “Aušra” which, in 2009-2012, by the distribution of grants, has already received more than 1,3 mln zlotych. Apart from that, the Minister of the Interior and Administration has regularly supported one of the Lithuanian schools in Punks, and the amount of that funding has already exceeded 2 mln zlotych.

On the commitment of the Polish Government to maintain the schools of the national minorities also indicates the fact that, despite financial difficulties, which forced the local authorities of Punsk to close the only Polish school in February, 2011, there was no agreement to the planned closure of the three Lithuanian schools and there were also funds found for their maintenance. The same year there were additional funds designed in the educational subsidy for local governments engaged in schools or classes where the language of the national minorities and ethnic and regional dialects have been taught. The amount for this aim was 219 mln zlotych, and it was by 16,4 mln higher than the year before.

It is worth-mentioning that in 2013 the new rules were introduced, concerning the calculating of financial support to municipalities where the languages of the national minorities ​​have been taught. Because of that for 2013 the additional amount of the educational subsidy for municipalities, in which the students of the national minorities have been learning, is 2,7 mln zlotych, so it is higher by 47,5% (by 893 thousand zlotych) than last year. The data provided by the Ministry of National Education shows that totally in the school year 2012-2013 683 students were learning the Lithuanian language, including 111 in kindergartens and pre-schools, 488 at schools, and 84 in the interscholastic assemblies. Compared to the school year 2011/2012 the total number of the learners of the Lithuanian language has slightly increased. This school year 2013/2014, there are four Lithuanian schools in Poland – two in Punsk, one in Widugiery, and one in Sejny. In addition, the situation of the Lithuanian schools has improved recently, and the number of students, among others at school in Widugiery (Vidugirių), has tripled. Therefore it follows that the criticism from the Lithuanian side is baseless because, as indicated by the data, the financial support from the Polish side for the schools of the national minorities in Poland, including the Lithuanian schools, has been increased every year, and the difficulties with which the Lithuanian schools have had to cope, such as the need for constant financial support, have affected all the schools in the country.