Sometimes a job offer can be more than just a simple employment contract. Don’t let the employers trick you! 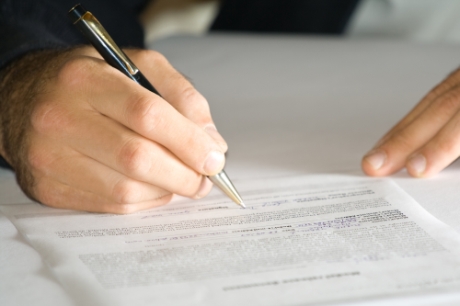 Looking for a job in the Internet one can come across some dishonest employers. We can find different job offers but some of them may arouse suspicions. Such offers contain different forms of discrimination, on the basis of gender, age, nationality, religion, language, social background or beliefs.

The European Foundation of Human Rights, observing the recurrence of such practices, decided to take on the responsibility for monitoring Internet job offers which are endangered to be discriminatory. After some time of this action first results can be seen. The employers get the warnings from the Equal Opportunities Ombudsman in Lithuania.

In the meantime another complaint has been filed to the Equal Opportunities Ombudsman by the European Foundation of Human Rights. On a darbo.lt webpage a discriminatory job offer has been found. According to the offer published on August 19th, 2013 the employer was looking for energetic, diligent and communicative girls.

During the inquiry into the complaint the Ombudsman asked the company’s owner for an explanation.

Giving the explanations about the job offer, the company’s manager said that she wasn’t aware of the article 11 of the Equal Opportunity Act of Republic of Lithuania. That means she didn’t know it is not allowed to submit priority of any gender while recruiting. Also, proving her understanding of the case she committed herself to correct the mistake in the job offer on darbo.lt webpage. Eventually she changed the offer into: ‘we are looking for a barman/barmaid’. “Now I know and I won’t make that mistake again” – complained the manager.

According to the article 11 of the Equal Opportunity Act offers related to work, office services employment or trainings mustn’t contain any priority (with few exceptions) of gender, race, nationality, language, origin, disabilities, ethnicity or religion.

The Foundation encourages everybody to report to us the job offers which violate the law. We would like to thank everyone who has already sent the information about such offers.

We encourage you to cooperate.