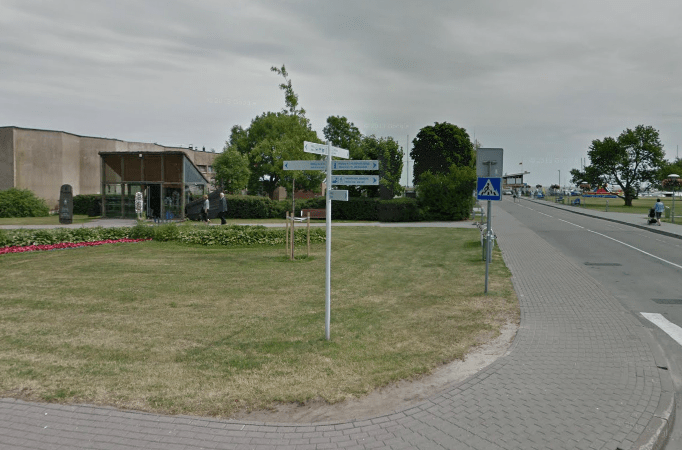 On 12 January 2013, the European Foundation of Human Rights (EFHR) filed three complaints with the State Inspectorate of Language (Valstybinė kalbos inspekcija, VKI) about public information signs in Nida. By doing this, the EFHR confirmed and demonstrated the fact that depending on the language in question – whether Polish or other – the VKI interpretes the same articles of law in completely different ways. Indeed, its creativity seems to know no bounds.

The EFHR complained against public information signs in Nida which give the names of streets and objects in both Lithuanian and English, such as Pamario str., Purvynes str., G. D. Kuverto str., Kopų str., BEACH, CENTRE, STONE AGE SETTLEMENT SITE, PARMIDIS DUNE, GLIDING SCHOOL, and other. The Foundation pointed out that under Articles 14, 17 and 18 of the Law on the State Language (Valstybinės kalbos įstatymas), it is illegal to display in public space signs in languages other than the state language, unless they are names of organisations of ethnic communities or their informational signs. Since no ethnic community has been registered in Nida, the EFHR’s opinion is that the bilingual signs are displayed without any legal foundation, and thus violate the Law on the State Language.

The two other complaints are against publicly displayed bilingual placards reading: Kambarių nuoma; Zimmervermietung; Bed & Breakfast. The EFHR pointed out that under Article 17 of the Law on the State Language, all companies, institutions and organisations of the Republic of Lithuania must use state language in all their stamps, forms, banners, office signs, products, and names and descriptions of their services. The Foundation also referred to point 2 of the VKI’s announcement about public information in languages other than Lithuanian, issued on 8 November 2012. According to it, public information in a foreign language (whether written or spoken) must not be fuller than information in the state language, and the format of its text must not be larger. The EFHR drew attention to the fact that in Nida the texts in foreign languages were much more detailed than the Lithuanian ones beside them, which is a violation of the regulations mentioned above.

In answer to these complaints, the VIK explained that the street signs are really in the state language, since they include letters of the Lithuanian alphabet, such us ų and ė. As to the placards, the Inspectorate reminded that according to points 1 and 2 of its announcement of 8 November 2012, written and spoken public information used for communication with foreigners – in public transport, custom offices, hotels, banks, travel agencies and some advertisements – can be given not only in Lithuanian but also in other languages. However, it still must not be more detailed, and the text format must not be larger.

The VIK stated that the signs reported by the Foundation – advertising banners informing foreigners about popular places or available services – are in compliance with all regulations concerning public signs, and do not violate the Law on the State Language. The Inspectorate refused to further investigate the complaints.

This story clearly shows that people living in areas densely populated by national minorities should not carry out wrongly imposed orders to remove Polish signs. As long as they conform to the regulations mentioned above, they are all legal.

Since various institutions continue to come up with different interpretations of the Law on the State Language and the Supreme Administrative Court’s decision of 8 November 2011 about bilingual information signs in the towns of the Vilnius Region, the EFHR wishes to remind that it offers help in this field.

In cases concerned with Polish street signs, the EFHR will provide owners with free legal advice and representation in state and international courts.

More information on how to act at http://www.efhr.eu/efhr-flyers.