EFHR at international conference „Combating hate crime in the EU” 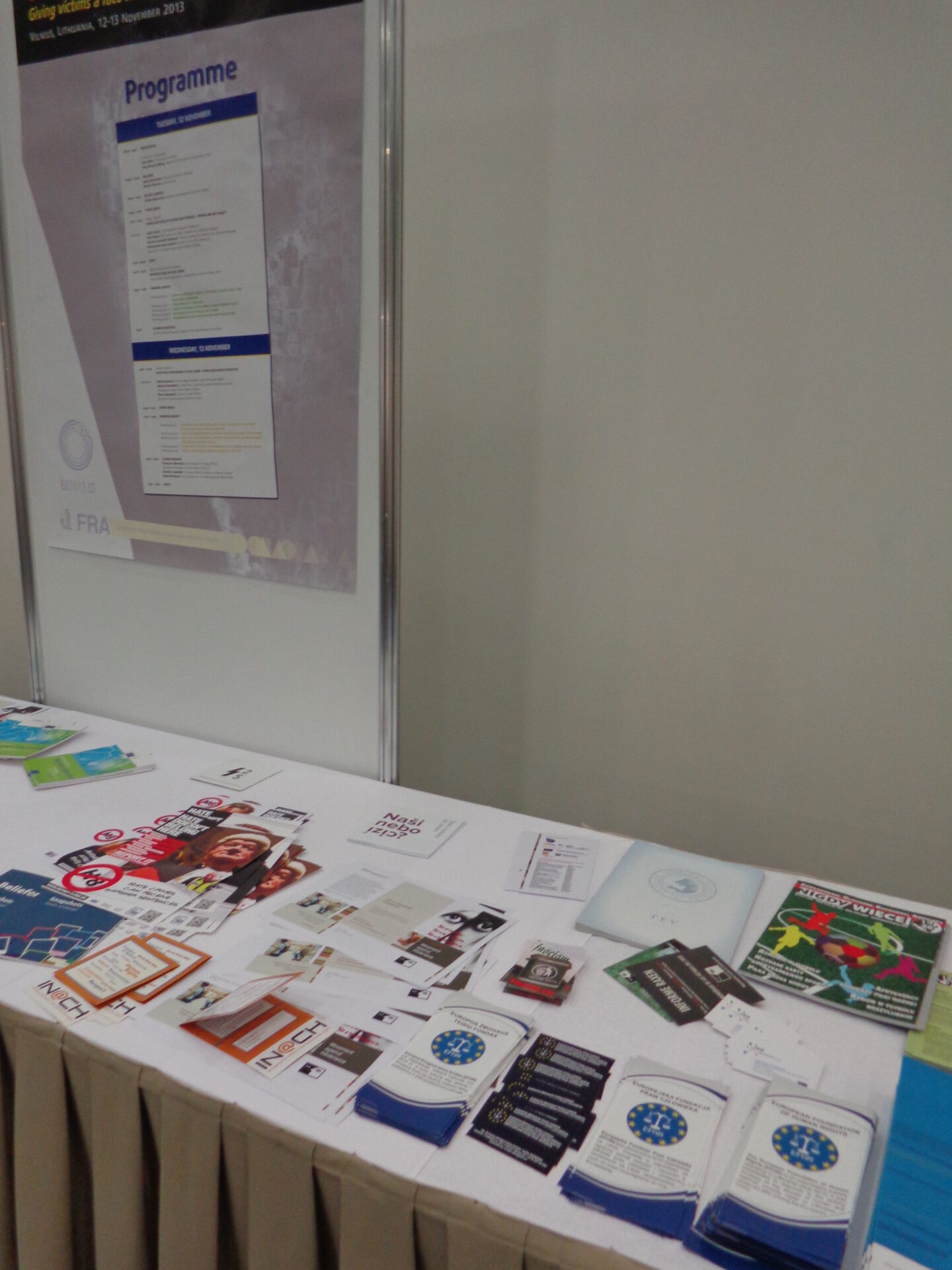 The Conference of Fundamental Rights was organised within the Lithuanian Presidency of the Council of the European Union. This year’s edition entitled „Combating hate crime in the EU” took place on 12th and 13th November in Vilnius.

During the conference still not resolved issues about hate speech and countering hate crimes in the EU were discussed. Raports from international organisations show, that crimes resulting from incitement to ethnic, racial, national or religious hatred are being committed everyday in EU countries.

Participants emphasized, that lack of information about hate crimes is very problematic. For example, in Great Britain over 44 thousands hate crimes are registered yearly – and in certain countries just one similar case. The meaning of non-governmental organisation was also stressed during the meeting. Such organisations usually have more information in hate-crime cases than governmental institutions. EFHR is glad to be the most active foundation monitoring cyberspace in Lithuania. In years 2012-2013 EFHR sent to prosecutor’s offices  over 400 requests for the initiation of proceedings for incitement to national hatred and offending the minorities – which resulted in decrease of offensive and negative entries on websites.

„Participating in such conferences is a very imporant experience. The first step to solve the problems present in the whole UE is of course discussing them. I hope that recommendations developed during the conference will go into effects.” – said Edyta Urbanowicz.