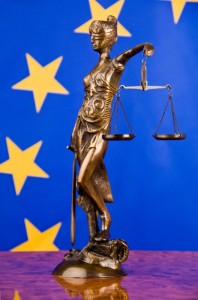 On 21st November, 2013 the Inspector of Journalist Ethics (Žurnalistų Etikos Inspektorius) issued a decision about a complaint of Kazimieras Garšva referring to the information in the article entitled “Sajūdis – transformacja legendy” (“Sajūdis – the transformation of a legend”) which was published in “Kurier Wileński”. The Inspector decided that the complaint filed by the leader of the  “Vilnija” organisation is unjustified. A newspaper’s position was prepared by European Foundation of Human Rights.

On 18th June, 2013 the Office of the Inspector of Journalist Ethics received a complaint from  Kazimieras Garšva in which he claimed that information in the article from 5th June 2013 does not correspond to reality, is distorted and incites racial hatred. The complainant accused “Kurier Wileński” that it does not want neither to receive nor to publish any corrections or answers. He also stated that the newspaper does not follow premises included in the Inspector’s regulation to act pursuant to the article 3, section 3 and article 22, section 8, point 1 of Law on the Provision of Information to the Public (Visuomenės informavimo įstatymas).

According to the author of the complaint, the article provided a misleading information which publication in “Kurier Wileński” aimed at i.e. interfering with action of the Republic of Lithuania’s institutions, clouding the choice of preferred school, undermining territorial integrity of Lithuania and discrediting activists defending its integrity, inciting hatred toward its citizens who read in Polish and warning about Lithuanian Presidency of the Council of the EU, increasing tension in the country.

Dealing with the complaint, the Inspector asked the director and the editor of “Kurier Wileński” to submit an explanation in response to arguments given by the complainant.

In its clarification, “Kurier Wileński” disagreed with motives of the complaint considering them groundless and not corresponding to reality. It is pointed out in the argumentation that article 25 of  the Constitution of the Republic of Lithuania sets a right to freedom of opinion and expression. It was also emphasized that the freedom of speech is guaranteed by article 10, section 1 of the European Convention on Human Rights and the right to freedom of expression by article 19, section 2 of International Covenant on Civil and Political Rights. Publishing this information, the newspaper acted within the law and used only objective, proven and publicly available sources of information.

In the light of arguments presented by “Kurier Wileński” and considering international case law (i.e. De Haes and Gijsels against Belgium, Dalban againt Romania) the Inspector of Journalist Ethics did not find any of violations provided by the complainant. “Kurier Wileński” did not breach the law to express critical opinion; what is more, stated it in ethical way. There are no statements which would, directly or indirectly, incite hatred or encourage others to despise, humiliate or insult a person or a group which is distinguished because of its ethnicity. That is why the publication of contested article by “Kurier Wileński” cannot be assessed as inciting to national conflicts.

Ultimately, after dealing with the complaint, the Inspector of Journalist Ethics regarded that publishing this article was not an infringement of the freedom of speech. Actions of the author of the information did not violate the rules set by article 25 of  the Constitution of the Republic of Lithuania and article 10 of the European Convention on Human Rights. Posing a question about author’s responsibility of the public information does not have legal basis and factual merits.

On the basis of presented motives and according to the article 50 section 1 point 5, section 3 point 6, section 15 of Law on the Provision of Information to the Public, the  Inspector made a decision to consider the complaint of the leader of “Vilnija” organisation unjustified.

European Foundation of Human Rights is pleased by the fact that the argumentation of “Kurier Wileński” was taken into consideration by the Office of the Inspector of Journalist Ethics. It is, therefore, another success in defending rights of Polish media in Lithuania.