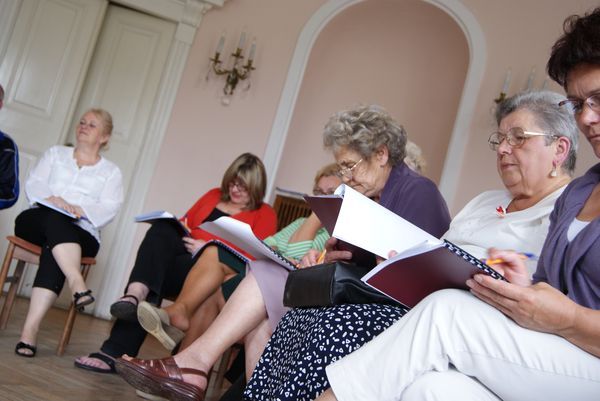 Following a request from the European Foundation of Human Rights (EFHR), the Lithuanian Ombudsman for Equal Opportunities (Lygių galimybių kontrolieriaus tarnyba) administered a rebuke to a kindergarten headmistress who discriminated against an employee on the grounds of her age and nationality. Moreover, the Ombudsman asked the local authorities of Vilnius to reconsider the headmistress’s qualifications to continue in her position.

The European Union, and consequently all of its member states, agreed that discrimination on the grounds of age is one of the main issues in EU law. Both EU law and the state law of Lithuania include regulations which forbid all forms of direct or indirect discrimination on the grounds of age, both in the application process and during the time of employment.

The Treaty on the Functioning of the European Union and the Charter of Fundamental Rights, which has the force of law, both forbid all forms of discrimination on the grounds of ethnic or social background, language, belonging to a national minority and age. Furthermore, the Charter acknowledges and respects the right of elderly people to a good and independent life, and to participation in social and cultural activities.

The Lithuanian Law on Equal Treatment (LR Lygių galimybių įstatyma) exacts that every employer, respecting the principle of equal treatment regardless of sex, race, nationality, language, background, social standing, religion, views and beliefs, age, sexual orientation and disabilities, takes all necessary measures in order to ensure that no employee or official in the workplace suffers abuse or is encouraged to discriminate against others.

Sadly, these laws are frequently violated, and individuals are treated differently due to their age and nationality. T. P., a citizen of Lithuania, sought legal support from EFHR, having suffered discrimination on the grounds of her age (65) and nationality (Ukrainian). The applicant is a tutor in a Vilnius kindergarten. On the basis of collected evidence we managed to prove that the kindergarten headmistress, R. A., resorted to violence, having persecuted, mocked, threatened and humiliated the tutor. Abusing her position of authority, the headmistress had been constantly trying to dismiss T. P.

The Foundation is happy to have defended the rights of an employee once again. The present case is further proof of how important it is to fight for your rights.

It is worth a mention that for over a year EFHR has been campaigning against discriminatory job offers, which disallow some candidates on the grounds of sex, age, nationality, religion, language, background, social standing or personal beliefs. There have been results from the very beginning. Employers have been receiving warnings from the Lithuanian Ombudsman for Equal Opportunities.

We encourage you to report all job advertisements that might include discriminatory content; and, in particular, to write letters about discriminatory job offers found in newspapers.

The Foundation would like to thank everyone who has informed us of such advertisements, and to invite you to cooperate with us.