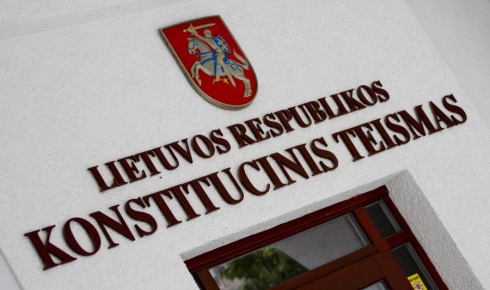 The European Foundation of Human Rights (EFHR) emphasizes that a possibility to use the language of minorities in public life depends on interpretation. The Constitution of RL states that Lithuanian shall be the State language. However, the Constitution does not include a prohibition of introducing an auxiliary language and it does not forbid the spelling of names and surnames in their original form. The assumption that using another language rather than the national one is contrary to the Constitution is based only on the interpretation of the Constitutional Court.

The possibility to write names and surnames in their original form and the possession of bilingual sings is an issue of interpretation. At the moment there is a definite lack of clear regulations and policies. EFHR has, several times, pointed out the international criticism directed at Lithuania. Critics argue that Lithuania does not follow the Framework Convention for the Protection of National Minorities. In the Resolution for implementing the Framework Convention for the Protection of National Minorities, the Committee of Ministers criticizes the judgments of Lithuanian courts, since they do not take into consideration the settlements of the Framework Convention, and they notice the lack of clear and coherent regulations connected with the protection of the rights of national minorities in Lithuania.

EFHR, taking into consideration obliging international regulations and existing national acts, stresses that the process of determination of the national language cannot amount to discrimination or the restriction of the rights of national minorities.