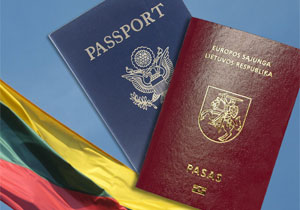 On the 15th July 2014, in the 1st reading at the Seimas, two projects related to the Law on the Spelling of Surnames in the  Identity Documents of the Lithuanian Citizens were accepted. It is hoped that these will be beneficial not only for the members of national minorities urging to be able to regain the original spelling of their surnames, but also for the spouses and children of foreigners incessantly struggling with the difficulties connected with proving either their identity or a civic relationship with the other person.

The European Foundation of Human Rights (EFHR) reminds all that the 1st project, after an application had been submitted by a citizen, assumed the original spelling of names and surnames on the main page of ID using non-Lithuanian characters of the Latin alphabet only in case of submitting a source document including such a spelling of both name and surname. When the name and surname in the source document are written in non-Lithuanian alphabet, the inscription in ID will comprise Lithuanian linguistic signs but if the source document displays the name and surname with both Latin and other linguistic characters, the ID is to include Latin characters only. 57 MPs voted in favor of this project, 32 against, and 12 remained undecided.

The 2nd project, on the other hand, assumed using the Lithuanian spelling forms of name and surname  in all cases but at the citizen’s request, the original spelling of name and surname (in a given language) would occur as additional information on the additional page of a passport. This time 49 MPs voted in favor of the project, 8 against, 24 neutral.

As it was already mentioned, both projects do not constitute a complete resolution to the existing cumbersome situation. However, we are halfway to implementing regulations compatible with the Framework Convention for the Protection of National Minorities ratified by Lithuania in 2000.

It was also decided to apply for an opinion to The State Commission of the Lithuanian Language (VLKK, Valstybinė lietuvių kalbos komisija), whose function is to formulate guidelines concerning the national linguistic policy and, on the basis of a given application, the possibility of changing the regulations established by the Seimas was allowed. Nevertheless, as it was previously written, according to the Commission, the personal documents of some Lithuanian citizens may include inscriptions composed of non-Lithuanian characters as well, therefore we hope for  the positive assessment of both projects by the Commission.

Furthermore, what is also worth being mentioning is that EU citizens are not obliged to possess a passport. Likewise, every citizen of Lithuania may decide whether they prefer to have a passport or an ID card. The second project enables a non-committal inscription in a document (passport), which a person may well not possess. Moreover, an inscription on the additional page of a passport does not identify a person in public life.

The question of original spelling is also concerned with over 16% of mixed marriages (where one of the spouses is foreigner) entered into each year. What is more, the number of Lithuanian children born beyond the Lithuanian borders within just the last decade, has increased from less than 1% to as much as 16% in 2011. It is therefore noticeable that the number of people forced to overcome this problem is still on the increase.

The Seimas is planning to return to the question of the spelling of names and surnames during the autumn session. EFHR thinks that only a law concerned with the problems and needs of both national minorities and mixed marriages may ensure proper attention to this human rights issue. EFHR hopes that during  future deliberations MPs will focus on the human rights not only connected with the possession of the original spelling of names and surnames, but also with the possibility to exercise this right on a daily basis.