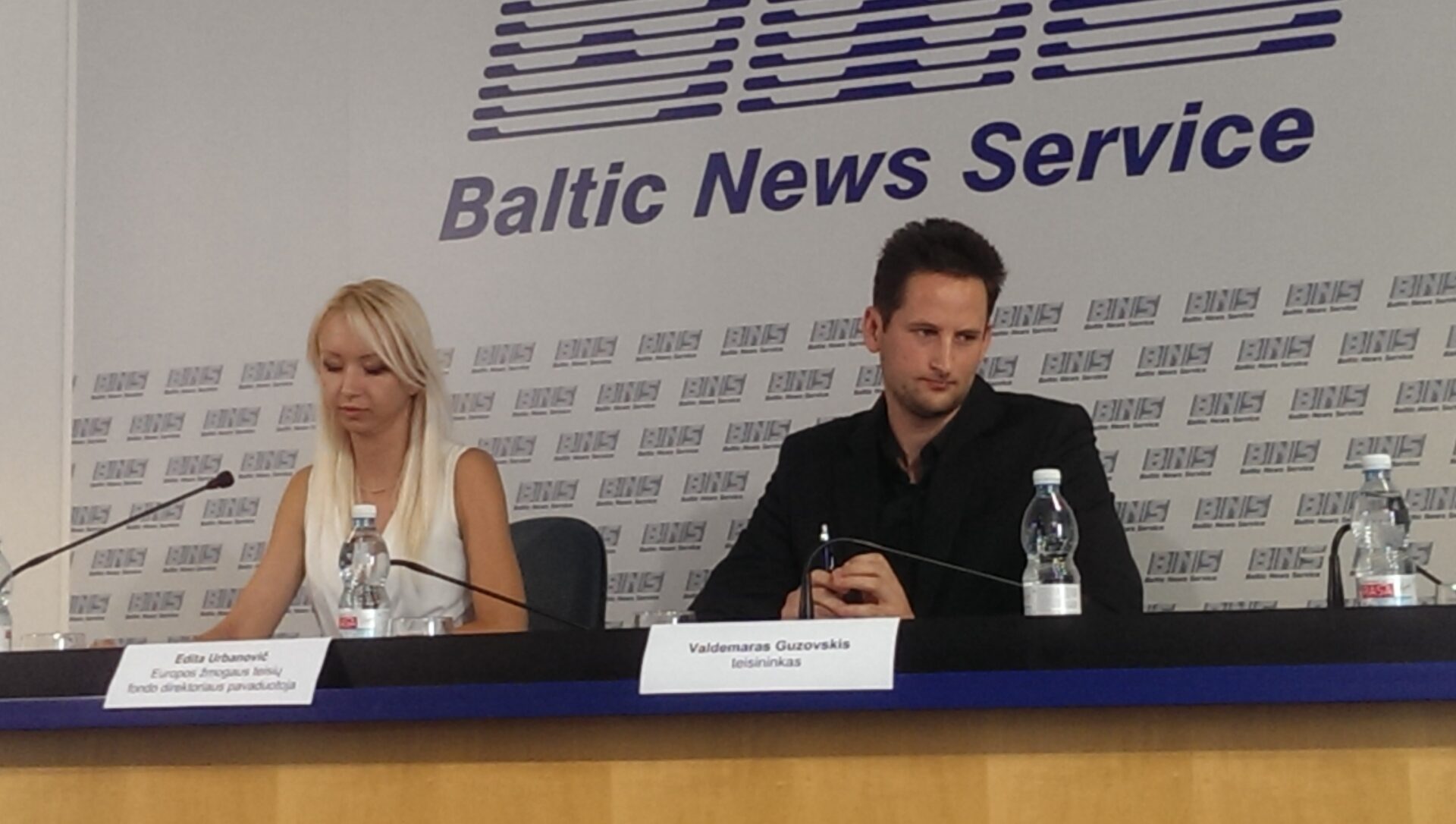 On the 24th July 2014, representatives of the European Foundation of Human Rights (EFHR) presented a report: ”Implementation of human rights in Lithuania 2012-2013 (Lithuanian National Minorities’ Rights)”. It was presented during a press conference for the biggest press agency of the Baltic countries ”Baltic News Service”.

While preparing the report, EFHR aimed at cross-sectoral depiction of the current situation regarding human rights in Lithuania, particularly with respect to Lithuanian membership of the EU as well as in other international organizations, such as the UN or the European Council.

Apart from this, the report also pays attention to the problem of internet hate speech, the participation of international agencies in discussions about human rights in Lithuania, and conclusions and recommendations included in reports on national minorities in Lithuania, prepared by other national and international organisations.

The results of our EFHR activities between 2012 and 2013 presented in this report unequivocally confirm the necessity to pursue protection for human rights and national minorities’ rights in Lithuania. EFHR hopes that the included conclusions and recommendations (i.a. accepting the law guaranteeing the national and ethnic minorities with legal protection; amendments to the Law on Education; promotion of human rights and multiculturalism, examination and elimination of all cases of discrimination against representatives of national minorities; changing the doctrine of the Lithuanian courts and national institutions concerned with the treaties and international conventions ratified in Lithuania) will be taken into consideration by the authorities who, as soon as possible, should take all the necessary measures aimed at the overall protection of human rights for everyone, including national minorities, in Lithuania in accordance with international standards.