When personal opinion becomes public: EFHR fights against discrimination in the virtual space 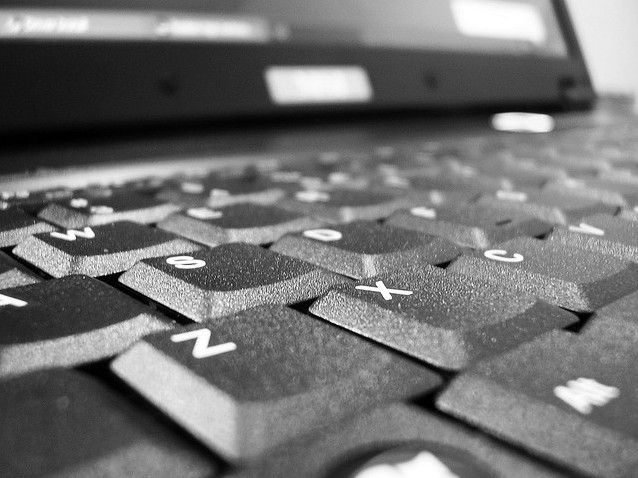 Life online never stops – the internet provides more information about our world than we have ever had, facilitates access to relevant data and gives us the opportunity to make public personal opinions and exchange views with other members of society. Furthermore, the internet is an arena where people can make not only money but also friends, and in this way it affects every contemporary individual. As it is widely used and easily accessible, the internet creates new communication forms, ways in which groups of people can organize and introduce different activities. However, there is a tendency to forget that the internet is a public sphere; therefore, some activities are considered to be against the law, for instance, when one uses threatening behaviour, incites inappropriate behavior or discriminates against a particular group of people. Consequently, these offences are visible to everyone and not only contaminate the public space existing on the internet but also may result in legal responsibilities because such practices breach the law of the Republic of Lithuania.

Article 25 of the Lithuanian Constitution sets out that everyone has the right to voice their convictions, notwithstanding, this is not compatible with a criminal offence: discrimination and the incitement of hatred on the basis of nationality, race and religion. Also, the Constitution protects the human right to dignity (Art. 21).

The most common infringement of the law in comments found on the internet is described in Article 170 of the Republic of Lithuania Penal Code which claims that one who publicly sneers at another, acts disdainfully, incites hatred or instigates discrimination against a certain group of people (2nd clause); or one who instigates violence against a group of people or an individual who belongs to the group (3rd clause) is subject to an administrative fine or liberty restriction or deprivation for up to 3 years. According to Art. 11 of Penal Code, it is not a serious crime.

The European Foundation of Human Rights (EFHR) is actively pursuing a campaign against discriminatory comments on the internet and, over the past two years, has aspired to punish individuals who commit web-based crimes in the public space. Identities of these offenders are revealed more frequently than ever before. Due to our efforts, more than 40 authors of discriminatory comments were punished after enforcement officials tracked them down without any difficulties. Examining similar cases, several patterns were observed.

Discriminatory comments and their authors: outrageous, although sometimes amusing

In Lithuania, those who incite national hatred through comments are usually male Lithuanian nationals without a high level of education. Their contemptuous comments are generally full of grammatical errors; they cannot even write a simple sentence correctly and tend make bizarre orthographic errors. Despite this fact, they express their frustration that foreign-born Lithuanian residents do not learn the Lithuanian language.

Common feature of all these obnoxious commentators is that they do not give any logical explanation for their comments. For example, one who wrote: “Shitty Polish have to be beaten until they become blue. After that they should continue to be beaten. Because they are not humans […] You will be swept off the Earth’s surface. We will take Kalashnikovs”, when analyzing his case stated that he does not have any feeling of loathing for people of Polish origin and did not have intention or a reason to incite violence against them, claiming that he generally wrote it because he felt anxious for his reduced pension.

Another person, who wrote: “The Polish were always famous for being a nation of idiots and stupidly stubborn and coarse people”, upheld that stating his opinion did not mean he wanted to insult anyone. Similarly, an individual who said: “mate, someone hit them [Polish] on their backs with a baseball bat because they deserve it”, denied that he publicly incited abusive actions and maintained that such a comment is only his personal opinion. This and other comments where he spoke of the Polish from Vilnius and suggested that they have to be taken to Auschwitz concentration camp were written because he was angry at the Polish since they do not tend to learn the Lithuanian language. Yet, it proves ironic that this individual himself typed without using Lithuanian letters and could not spell various words correctly.

Some of the comments are simply funny, for instance: “Do normal people shave their heads, do noses of normal people look like scythes (hooked), smashed noses, kicked in teeth. That is the portrait of the Polish! […] Whereas Lithuanians are closer to Aryans (Aryans – pure Europeans with blue eyes and blonde hair, clean race)”. Reading these comments one might think that all Polish men are toothless skinheads, while Lithuanians – without an exception – are idealized attractive blondes. Then you remember how everything looks in reality and may laugh your heart out.

A crime is a crime

One of the common features of these commentators is that they do not think they have done something unlawful and claim that they did not know it was forbidden to express their personal opinion in public despite this inviting the use of violence and inciting hatred against a particular group. The wrongdoers believe that it is only their point of view and do not see the difference between posting on the internet and sharing their views with friends. However, ignorance of the law does not exempt us from its consequences, and instigating discrimination via comments might result in a fine of more than a thousand Litas.

Even though discrimination on the basis of race/gender/sexual orientation arises from personal culture and absence of education which could be solved by improving education, comments on the internet are only the tip of the iceberg. Thus, we cannot tolerate the incitement of violence or discrimination. Everyone could contribute to a better internet environment by reporting any comment discriminating against any group in society to the European Foundation of Human Rights which is concerned about public order in a virtual space.