First meeting of the ‘Nights with a documentary’ project behind us! 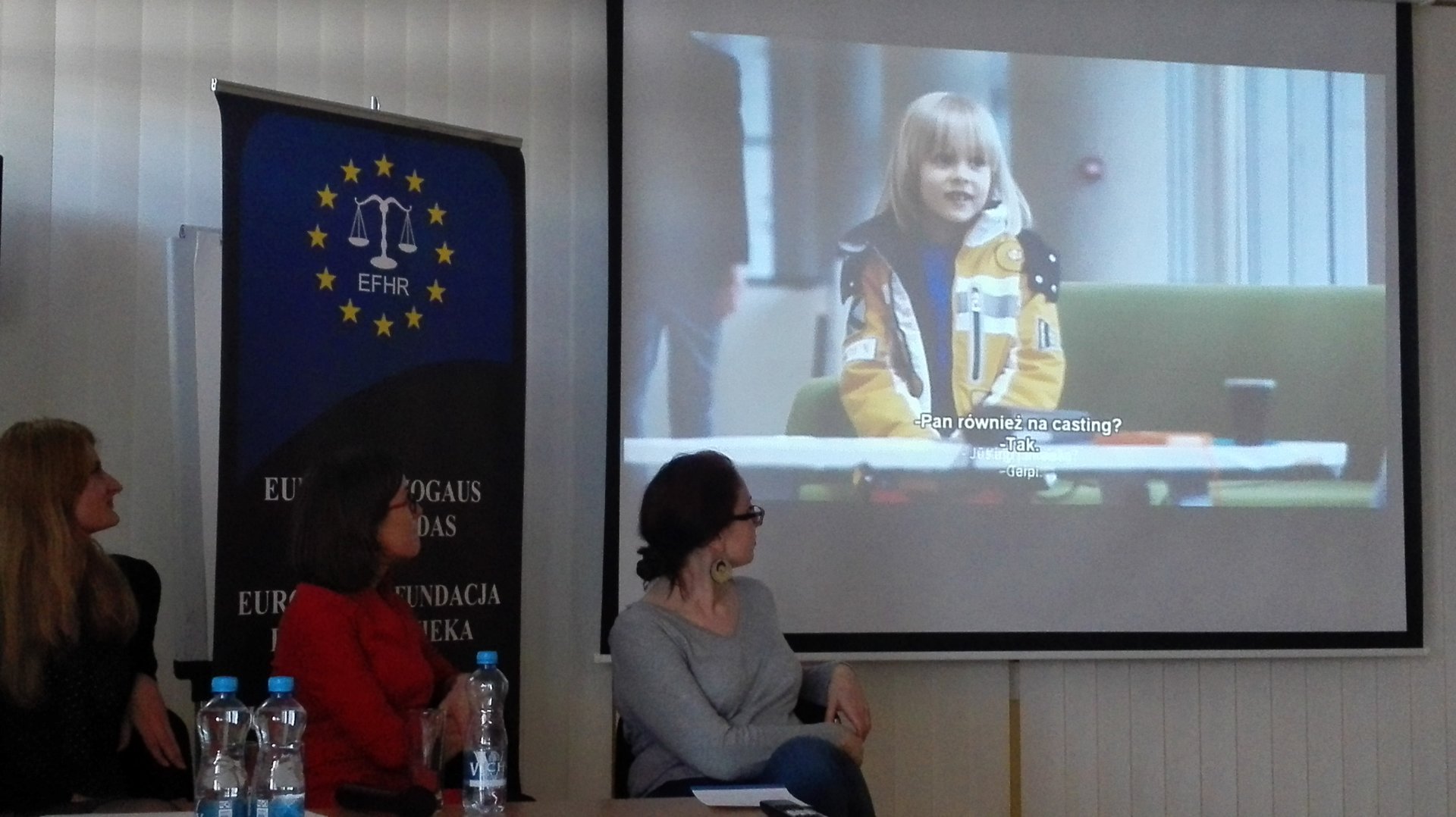 On 28 May this year, in The House of Polish Culture (DKP), the first screening as part of the European Foundation of Human Rights (EFHR) run project ‘Nights with a documentary’ took place. We wrote about the goals of the project here.

We started this series of documentary nights with the public service ad ‘Experiment Translation’, created for the Lithuanian Centre for Human Rights. The argument for choosing this video was the fact that the title social experiment was conducted in Lithuania. Thanks to that, we have the opportunity to see how members of Lithuanian society react to the message of hate received by a young Afro-American living in Lithuania.

EFHR would like to sincerely thank the Centre Director Birutė Sabatauskaitė, special guest of the discussion, who talked about how the initiative came to life, what the expectations of the creators were and how the filming process went. The centre’s representative also shared information about how the experiment was received by its participants, as well as in this country and abroad. It is worth mentioning that in cyberspace ‘Experiment Translation’ has already been viewed by over 10 million people. It has also been broadcast in many other places including on German and Brazilian television.

EFHR would also like to thank the youngsters who attended and actively joined in with the discussion not only through asking questions but also by sharing their own views and experiences.

Thank you for your interest – we look forward to seeing you again at the next screenings:

The film was created by the Association for Culture Research and Documentation ‘A Posteriori’. It is an educational documentary, showing the history and modern times of Gypsies of the Bergitka Roma group, living in the Sądecczyzna, Podhale and Stará Ľubovňa area in Slovakia. The special guest of the meeting will be Bożena Karvielienė, with whom we will discuss the situation of the Roma community in Lithuania.

The film ‘Ethnic Kitchen’ is a project from the director Aistė Ptakauskaitė, who together with the film’s protagonists (for instance, Bożena Karvielienė) will be a special guest at the meeting. The film shares the story of four women of non-Lithuanian origin, who have lived in Lithuania for many years. It is an answer to the question ‘Can Lithuania be your promised land?’

Entrance to the screenings and discussion is free! After each meeting there will be the chance to win a pair of cinema tickets for a film of your choice. Congratulations to Beata Borawska who won the first pair of tickets!

If you want to be kept up to date about our actions and project, subscribe to our newsletter. This way, you will receive all the latest information directly to your mailbox on an ongoing basis.