EFHR concerned about the lack of knowledge regarding human rights protection 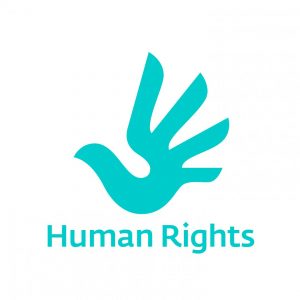 At the request of the Ministry of Justice of the Republic of Lithuania (RL) (Lietuvos Respublikos Teisingumo Ministerija), public opinion research about knowledge on human rights protection was carried out in 2014. According to the research only 21% of the respondents believe that they are educated enough to protect their rights, 34% of the respondents stated that they lack such knowledge, and 30% indicated a desire to learn additional information on the topic of human rights.

In the other universities and colleges mentioned, the topic of human rights is not treated as a separate subject. However, the issues are discussed during other classes, like Social Work, Political Science, Human Rights in Biomedicine, Human Rights and Children’s Rights.

The situation of state institutions presents itself slightly better. Such institutions organize training courses about human rights as well as other courses closely related to the topic of human rights. Between 2012-2015 the Civil Service Department (Valstybės tarnybos departamentas) organized 34 training sessions in which 237 people participated. Between 2012-2015 the Police Department, under the Ministry of Interior Affairs, organized 39 training sessions for around 1,000 participants. The largest number of participants (253) took part in the training sessions concerned with family violence and gender-based crimes.

Similar training courses were organized by the Prosecutor’s Office of the Republic of Lithuania (Lietuvos Respublikos Generalinė Prokuratūra). Between 2014-2015 they organized 14 training courses, in which 248 participants took part. The majority of those participants (110 people) attended the training titled “The Practice of the European Court of Human Rights, applying the resolutions of the European Convention on Human Rights,” which was connected with the cases against Lithuania, and the prohibition of discrimination. The Ministry of Justice of RL provided information about 7 training sessions organized between 2012-2015 in which around 200 people participated. The topics of the training were devoted to the implementation of the regulations of the European Convention on Human Rights. This year (2016) a conference devoted to such topics will be organized.

The National Court Administration (Nacionalinė teismų adminitracija) organized training for judges and other people. A considerable number of people (973) participated in the training courses between 2012 and 2015. The biggest conference, which took place in 2014, was devoted to European Union law.

Since the very beginning of its work, the foundation has been organizing free training sessions on the topic of human rights protection. These sessions are adjusted to the needs of the students, lawyers, and other people interested in the topic. On the 21st of October 2015, EFHR organized a free training day concerned with the implementation of international law. On the 26th of November 2015, the second part of this free training session devoted to human rights and legal procedures in international law was organized. Altogether, around 150 people participated in these two training sessions. For more information about this read our articles here and here. The combined number of EFHR training day participants amounted to around 1,000 people in 2015.

According to the research, not enough attention is paid to human rights issues in Lithuania. One of the effects of this is the fact that citizens who try to protect their rights tend to approach inadequate institutions or do not believe it is possible that someone will answer their questions. As it was also mentioned by the Equal Opportunities Commissioner in the report for the year 2015, 95% of the victims of human rights violations do not ask for any help. EFHR agrees with the Justice Minister’s statement that shaping and accomplishing a policy of law education should be introduced by the country from early childhood. Law basics ought to be lectured at universities. We believe that EFHR’s input in human rights education in Lithuania will help to raise awareness about human rights.

EFHR would like to remind all that we guarantee free legal aid to anyone who is a victim of discrimination/has been subjected to a violation of their human rights in either their professional or personal life. Further, EFHR organizes free training courses on the topic of the protection of human rights. These training sessions are adjusted to the needs of students, employees, and those interested in the topic of human rights.